The End of Cheap Scale? 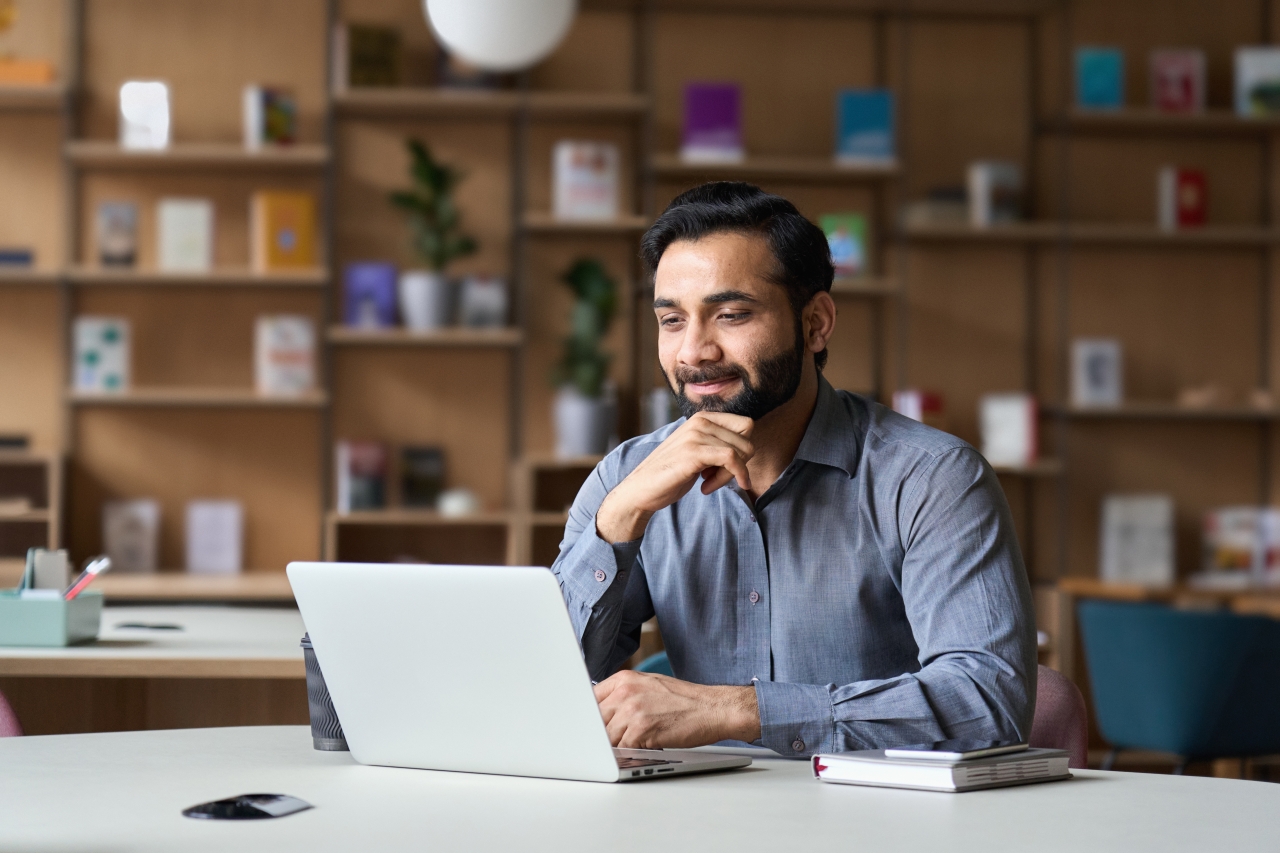 Before we get to today's main topic, some miscellaneous goodies…

Vote!I know that everybody always says that every election is super consequential, but this one really is. Don’t let your exhaustion over the political name calling over the last decade lull you into inaction. Back in the Gore v. Bush days, I remember people saying that George W. won because he’s the kind of guy you want to have a beer with, and Al wasn’t. I never agreed, but if you want to geta sense of Joe Biden as a guyyou’d enjoy spending a whole afternoon with, then check out this insightful and often hilarious podcast interview when Biden joined Jason Bateman, Sean Hayes, and Will Arnett onSmartless. This reminds me ofJudd Apatow’s rulefor Presidential campaigns: the funnier candidate always wins. Caveat clicker:thisfascinating collection of chartspulled me down a rabbit hole for entirely too long. Earworm of the day:I woke up with “One Night in Bangkok” from the 1984 musicalChessstarring Murray Head running around my brain. How’dthathappen? Speaking of music, this weekAmazon added millions of songs to Prime Music, which is a competitive move against Spotify. So far, Prime Music is not as intuitive as Spotify—I haven’t yet figured out simply how to click and listen—but it’s hard to argue with “effectively free.” More music: last night I had the immense privilege of attending the world premiere ofGabriel Kahane’s one-act folk opera “The Right to be Forgotten” at theOregon Symphony.Wow! If the symphony adds this performance to its free streams, I’ll post about it ASAP. (Note: even at the Symphony I couldn’t escape Elon Musk taking over Twitter… the org president mentioned the acquisition in his introduction to Kahane’s folk opera about, among other things, screen addiction.) Pleasefollow me on LinkedInfor between-issue insights and updates.

As I wrote last time, I’m taking a break from the endless hand-wringing around Elon Musk’s acquisition of Twitter. The more interesting question is whetheranybodycan doanythingto prop upanymassively-scaled social networking service in an age of ever-increasing fragmentation?

In other words, is this the end of cheap scale?

By “cheap scale” I really mean cheapdigitalscale where a service can quickly and profitably reach billions of people (users, audience members, customers, consumers) using hardware that people already own (smartphones, tablets, computers) and bandwidth that they already buy.

Instagram famously had only13 employees when Facebook acquired itfor $1 billion in 2012, but in the two years after it launched Instagram had earned 50 million Monthly Active Users (MAU).Today it’s two billion MAU.

The trick word a few paragraphs ago was “profitably.” TikTok reachedone billion MAUin under three years, but ByteDance, its Chinese parent company,is not profitableand may never be… particularly if the company has to spin out TikTok or partition its data to continue operating in countries like the U.S.

But TikTok does not have to be profitable anytime soon to be a success because it isn’t a Venture Capitalist (VC)-backed startup the way most American digital success stories have been. Here’s a snippet from recentWall Street Journal coverage:

With increased Federal scrutiny about big digital companies swallowing startup competitors (like Facebook did to Instagram) and Apple’s App Tracking Transparency changes throttling surveillance capitalism, I don’t think there will ever be another Instagram.

All of this leads me to refine my question even more: is this the end of cheap, digital,VC-backedscale?

The VC equation: 15x in 5 years… are there alternatives?

Just to be clear up front: I donothave an axe to grind with Venture Capitalists. I advise VCs, and VCs have funded change-the-world technologies when nobody else would.

But venture capital also has its limitations, chief among which are the success metrics.

A few years back, a friend who is a prominent California VC explained what it takes for a VC to succeed: a $500 million dollar fund has to return $1.5 billion in five years. However, since most of the companies that any VC backs fail, the rare success has to behuge—a $100 million investment must grow by 15x to that target $1.5 billion. That ain’t easy.

With ByteDance’s deep pockets, TikTok doesn’t have to conform to that growth expectation or that timeline.

And it’s not just companies coming from other countries that are creating alternatives to VC-backed startups.

Signal, my favorite messaging service,is privacy focused and owned by a nonprofit foundation. Signal is virtually identical to WhatsApp, only it doesn’t exploit user conversations for profit.

Signal has an NPR-like model: it needs to scale to 100 million users so that enough of them will donate, say, five bucks a month to keep the service going. 100 million MAU is a lot, but it’s tiny compared to the billions that VC-backed digital companies need.

Lots of alternatives to Twitter have started up—particularly conservative ones like Gab, Parler, and Truth Social—but they’re all playing the VC 15x in 5 years game.

My question is whether there’sa nonprofit version of Twitterthat can become a sustainable service. Let’s call this nonprofit Twitter “Quack.” (My thanks to Rita Berens, a.k.a.Mom, for this giggle-inducing name.)

What would it take for Quack to happen? On the technology side not much. There’s little technologically unique about Twitter.

Although it isn’t necessary for Quack to succeed, it sure would be handy to have a friendly billionaire give it a head start… like WhatsApp co-founder Brian Acton did when hegave $50 million to the Signal Foundationor what Craig Newmark has been doing withhis foundation. This is also akin to when Jeff Bezos boughtThe Washington Postor when Dr. Patrick Soon-Shiong boughtThe Los Angeles Times,although those newspapers are for-profit.

Even without a sugar daddy or sugar mommy, Quackcanlaunch… it will just take longer to get to sustainability.

Quack will have immediate advantages.

Without the need to scale to billions of users quickly in order to secure a big payday for its investors five years later, Quack could launch with “prove you’re a real person” requirements that avoid Twitter’s bot problems. Building a real audience would also make the service more attractive to advertisers (who might be able to write off advertising on a nonprofit, particularly if it can count as sponsorship).

Twitter’s new owner will need to cough up $1 billion per year in order to service the debt he took on buying the company. Quack would have no such challenge.

If you’ve been following the coverage, then you’ll have heard that lots of Twitter users don’t feel it necessary to pay for Twitter when it’s owned by the world’s wealthiest individual. Quack wouldn’t have that baggage. It could launch with a freemium model where users get a baseline service level free but have to pay a modest amount ($5/month) once they’ve reached, say, 5,000 followers. Users with even more followers would pay more but would also get higher levels of service.

Without Twitter’s desperate need for scale, Quack could also launch with clear and fair content moderation policies, saving it from the dilemma Twitter faced when it saw the 45th president violate its terms of service repeatedly but also saw that 45 drove time-on-platform engagementworth roughly $2 billion per year to Twitter.

Quack’s biggest challenge would be the “what a drag” problem: how would soon-to-be-former Twitter users extract their followers from Twitter (or any other service) and coax them to sign up for Quack? But again, without the VC-driven need to growfast, Quack could take its time and focus on growing strong. I can see users Tweeting “Take the Quack Pledge” on Twitter in the days before leaving the platform, letting followers know where to find them.As more and more users are leaving Twitter, this is becoming more and more imaginable.

With even a modicum of success, Quack would quickly find that it isn’t theonlynon-profit social networking service, but that’s fine. Democracies have room for different networks with different flavors and audiences. Quack might even follow Signal’s lead and open source its code base to make it easier for other networks to launch.

Any billionaires out there who wouldn’t mind making life just a little bit harder for Elon Musk?

Thanks for reading. See you next Sunday.