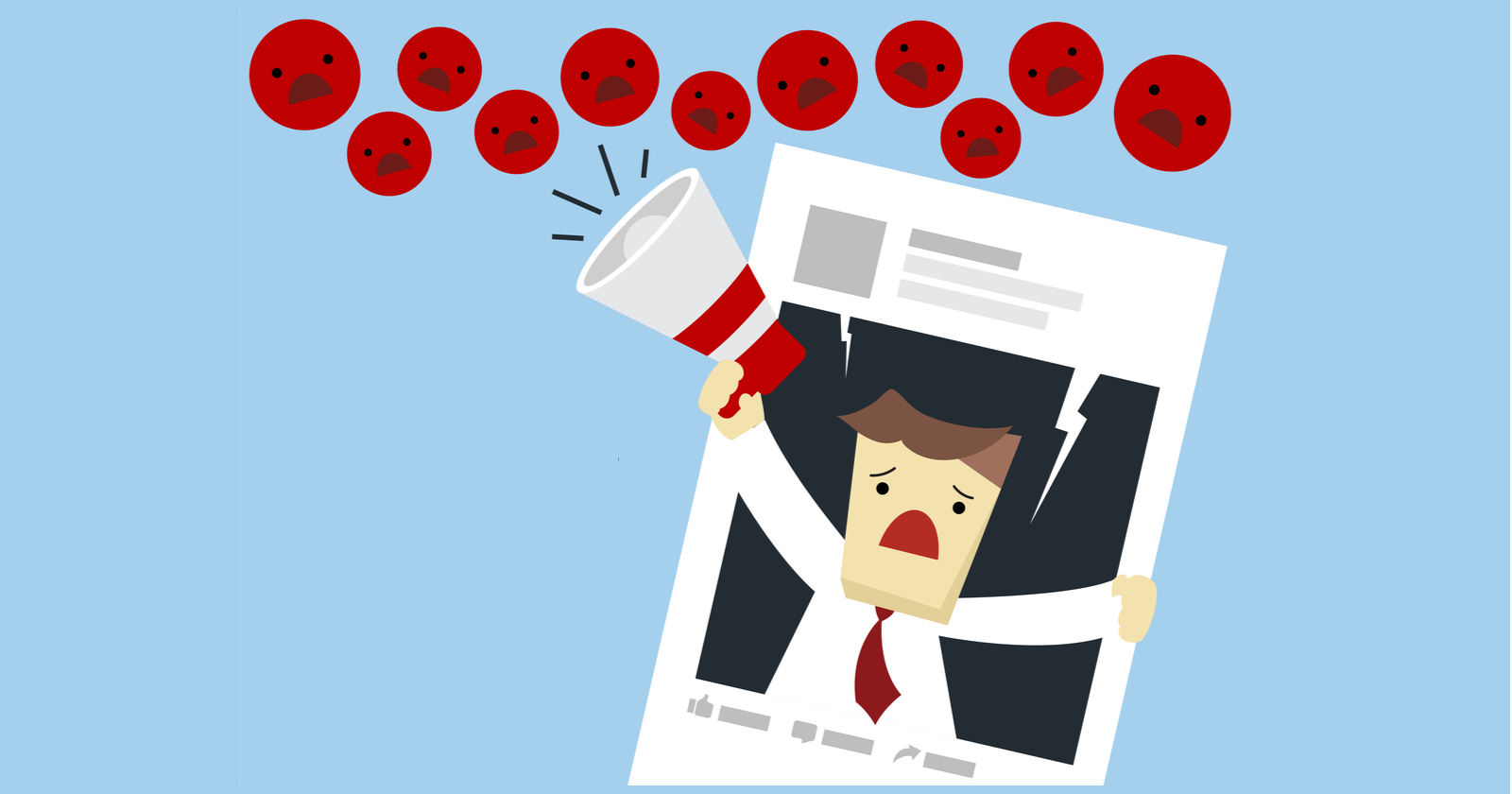 Do you feel a rush of fear each time your finger hovers over the “publish” button on your content campaign?

I’m not saying this to scare you.

But the truth is, a single “publish” of the wrong content can send your brand spiraling, accumulating tons of hate messages, and even losing millions of dollars (as I’ll show you in an example later on). 

You can’t. Not entirely. There will always be that god-awful rainy day when you click “go” on the wrong campaign.

The good news is, there’s a way to lessen the chances this happens.

It’s by studying terrible past campaigns, learning from them, and keeping those lessons beside you each time you sit down to craft content for a new campaign.

Ready to look at four content campaigns you should never emulate?

…a campaign that lost a company over £20 million…

Thanksgiving is synonymous with delicious homecooked food and family gatherings.

That said, things were a tad different this year due to the COVID-19 pandemic.

Big gatherings were discouraged by the government. Guidelines were posted on avoiding “shared” food and utensils.

So when yousee an ad like this, you’ll either burst into a confused laugh or run to the bathroom and throw up.

With the massive job loss brought about by the pandemic, millions of people struggle to pay their rent and buy food. Who’s thinking of a “super spread” at this time?

Takeaway: Stay away from tone-deaf content. Be careful and sensitive in your campaigns.

I know, we all like to laugh at our money mistakes.

We like hanging out with friends on a Friday night and going over that stupid expense we should never have made.

Or the fact that our savings aren’t what we’d like them to be.

But when someone else starts laughing at us?

…you can guess the outcome.

It all got 10x worse when senator Elizabeth Warren tweeted back with her own poem.

Takeaway: If you started your business only to make money, you should close it down right now, basically. Also, don’t ridicule the people you serve. I know, it sounds obvious. But ridicule comes in many forms. So, don’t assume people are stupid. Don’t condescend. Don’t say anyone isn’t good enough.

Bottom line: always come from a place of empathy and help, never criticism.

Ever watch a whole supermarket presentation to get the free potato peeler at the end?

If you have, you’ll understand the commotion caused by this campaign.

Hoover’s campaign was one of the biggest mistakes in marketing history.

Here’s how it went.

Takeaway: Never sell to people who aren’t qualified to buy your product. You want to find a need in the market and fill it, not force people to buy just to ramp up sales. Also, don’t offer £600 tickets in exchange for buying £100 products. The math just doesn’t work. 

Ok, this one is subtler.

But I wanted to show you something less glaring, to make sure you stay away from the grayer areas of content campaigns.

You know, the campaigns that won’t bring an army of angry people with pitchforks to your doorstep…

…but also won’t work as well as you hope.

Reading it you’re thinking, “that’s not so bad.”

The only problem is, it probably won’t resonate with a ton of people.

Sure, many of us still dream of becoming travel writers.

But right now, we’re stuck at home. Stuck in our cities or countries. Travel restrictions are still in place.

If you wrote this email, prepare for it to get deleted or saved for “later” (which never comes in the world of content campaigns, by the way).

Takeaway: Be flexible. Don’t stick to your content campaign just because you spent weeks planning it. For example, we threw out our entire content calendar and pivoted with brand new post ideas when the COVID-19 pandemic hit. Like this one: Content Creation During a Pandemic: 17 Hot Topics Right Now.

Your finger hovers over “publish,” and you wonder what’ll happen next.

You’ve heard the horrific stories of content campaigns gone wrong, and you shudder.

But don’t worry. In time, the worst mistakes become the best lessons.

Plus, you have a plethora of past mistakes and lessons to guide you.

So go ahead. Write down the four takeaways I’ve listed here and post them on your bathroom mirror.

Take them with you each time you sit down to create a new content campaign.

Chances are, your new campaign will avoid the “bad,” surpass the “meh,” and go into the realm of “aha, great!”

All screenshots taken by author, December 2020