Is The Media Industry Prepared For Its Autonomous Future? 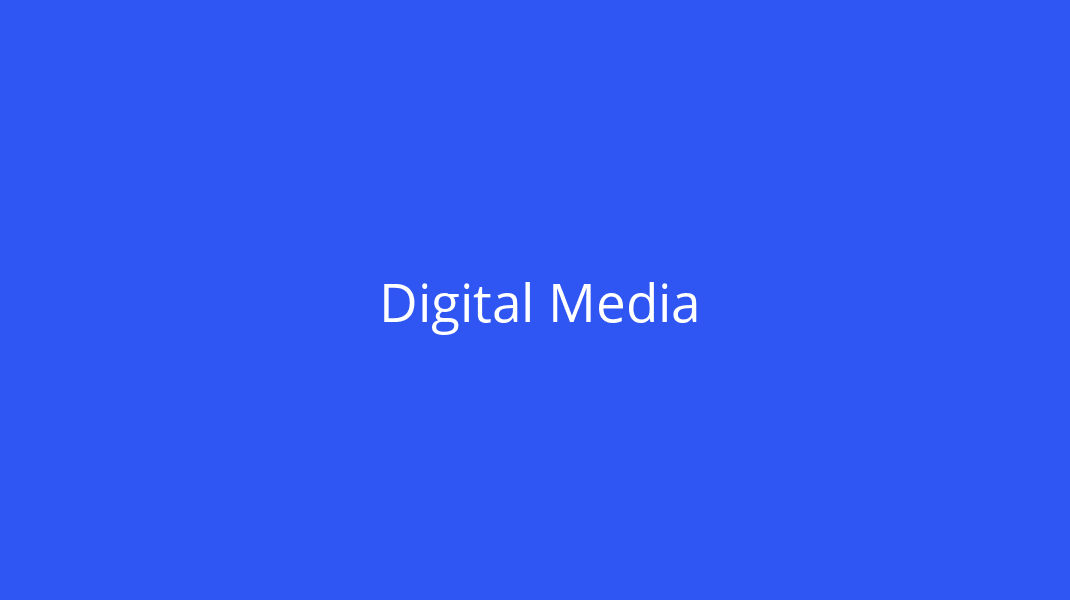 Automation is everywhere. We see and leverage it in our daily lives, yet many industries are hesitant to adopt it. Today, we’re looking at the digital media landscape, specifically advertising agencies and in-house media companies, to explore why automation is essential for post-pandemic success in an industry that’s already lagging behind.

In this Q&A, we’ll hear from advertising industry insider Shawn Riegsecker, CEO and founder of Centro, global provider of enterprise automation technology, on why the industry needs automation now more than ever. He’ll provide an overview of why automation is so crucial to digital media industry processes, as well as his take on the trajectory of the technology.

Gary Drenik: Some industries are adapting to the rise of automation faster than others. Where do you see the digital media landscape in terms of progress? What might hold a company back from adopting automation?

Shawn Riegsecker: Digital media companies have not embraced automation. Many of these companies mistake current processes and technology as already being powered by automation. The industry often points to programmatic ad buying, a data-driven buying of ad impressions in real time through a software platform, as evidence of automation.

To be clear, programmatic is incredible technology and gives marketers options they didn’t have previously, evidenced by its popularity and adoption. But if we compare it to the benefits of automation — such as increasing speed and productivity, creating happier employees and improving profit margins — programmatic has done the opposite. Programmatic doesn’t provide tangible and measurable business benefits to the media company and misses 90% of the work surrounding the buying of an ad.

I feel for people working in media today. The level of complexity has tripled in the last two decades. They’re working insane hours and doing their best to manage a very difficult process without a commensurate upgrade in intelligent automation systems designed to help them perform at their highest levels.

The good news is I’ve heard more senior industry leaders acknowledge the corrosive impact complexity is having on their performance, employees, and business. On the technology adoption curve, innovative media companies began their digital transformation process 2-3 years ago and it feels like we’re moving quickly into the early adopters phase this year and will hit the early majority in 2022.

Drenik: Since we know there’s a lot of work to be done on the automation front within advertising specifically, can you provide some examples of how organizations and agencies in the industry benefit from automation? It would be great if you could share a few examples as well.

Riegsecker: It’s proven that businesses who implement automation platforms increase their growth and profitability, but it’s the positive impact it has on their employees’ health and well-being that is the greatest benefit. Companies who have already moved to automation report measurable increases in overall employee happiness.

The hardest aspect of any manager in an advertising agency is talent – finding great talent and retaining great talent. Agencies have a 30%turnover rate which negatively affects their client relationships, so ensuring employees love their job is critical to their long-term health and success. Extending modern tools to employees that streamline everyday tasks and give leadership more data to understand workload is a simple yet effective way to begin addressing this.

Companies that want to be fully automated need tools to streamline their businesses – from plan creation to ad buying, full-channel campaign optimization and analytics, all the way to reporting and performance and financial fulfillment. We’ve seen companies managing multiple platforms for various needs have a very hard time optimizing media ROI, spend and performance – the lifeblood of a healthy media business.

Recently, the CEO of an agency in the Southern U.S. region, wanted to bring all programmatic ad buying in-house to give her team more control and oversight of the process, reduce fees to industry middlemen and build a more trusted and transparent relationship with their clients. After a lengthy review, they chose our automation platform that has programmatic built inside versus a standalone, disconnected programmatic-only platform. Because it tightly integrates all operational aspects of the media process, it empowered her specialists to have more time for strategic planning, performance optimizations and spending important time with their clients. The CEO said her team is happier, they’ve improved client relationships and the uplift in morale is helping them win new clients.

Drenik: You mentioned automation can help the digital media industry prepare as we reach a post-pandemic reality. Are there any specific components of the technology that will be most crucial? What is the first step for agencies looking at automating their processes this year?

Riegsecker: The research is clear that, after every economic downturn, companies who use the disruption to focus on digital transformation projects, operational efficiencies and investing in new markets grow both their revenue and profit at more than twice the rateof the companies who don’t.

For digital media agencies specifically, the post-Covid-19 era is a time to build back better and not return to the same, dysfunctional business practices. Automation software is beneficial to the entire business, but as media companies recover from the pandemic, cost savings and customer relationships become a top priority.

Over the last five years, agencies are struggling more than ever to generate higher profit margins due to increased industry complexity, higher personnel costs, clients trying to pay them less and new competitors driving down pricing. Unless we wake up tomorrow and the industry becomes less complex, the only path forward for a healthier industry will be through automation software that eliminates mundane and repetitive tasks, controls personnel costs and drives out operational inefficiencies. The first step is the hardest: a commitment and willingness to invest in digital transformation.

Drenik: Recent Prosper Insights & Analytics data found over a quarter of U.S. adults would consider a “fully driverless car” if they become available. With the future of automation clearly on the horizon, I’d like to hear your take on where the media industry currently stands. As the founder of the world’s most comprehensive and automated ad platform, you have a good idea of what needs to be done as the industry evolves. Can you outline your inspiration for building this platform and why it’s so important for organizations to latch onto automated processes now more than ever?

Riegsecker: I began my career in 1996 and, after working at a few digital media companies, I was frustrated at how inefficient and unfulfilling working in digital advertising was. I kept thinking someone needs to build a comprehensive automation platform that connects buyers and sellers and streamlines the processes between them. At the end of 2001, after not finding any company building what was in my head, I left my job, took the biggest risk in my life, and started Centro.

Our purpose has always been to create software that leads to a better, happier, and healthier industry. By the end of 2012, we were ready to launch the software, but on my New Year’s Eve break, I couldn’t get the gnawing feeling out of my stomach that although we’d achieved our vision and were running on top of the most comprehensive and automated digital media platform, it wasn’t the right platform for 2025. When I returned, I sat down with the team and delivered the news: we were going to rebuild the entire platform from scratch.

That set us off on a five-year odyssey and over $100 million invested to rebuild the platform and ensure programmatic and social were key components in addition to what our first platform did. To say I wasn’t well-liked during those five years would be an understatement.

We officially released Basis to the market in Q1 2018 and its reception has been what we’d always envisioned: a comprehensive automation software that improves the lives of our customers and the businesses they work for. With hundreds of companies already running their businesses on top of it, I couldn’t be prouder of our team and what they created as well as how well it’s been received by the industry. That said, we haven’t come close to scratching the surface of what is yet to come.

Drenik: Consumers are latching onto automation at a rapid pace. According to a recent Prosper Insights & Analytics survey, ~56% of U.S. adults say they use voice activated personal assistants. Let’s look ahead and talk about your predictions for the business world – specifically the media industry. What does it look like once most organizations discover the positives behind automation? What comes after automation? Can you give us an idea of what to expect for advertising in the next 5 years?

Riegsecker: Building enterprise-level software requires time, money, effort, and patience as development velocity is constrained based on any number of dependencies. Today, we remain focused on driving more automation across more channels and reducing as much inefficiency and operational drag in the industry as possible. Once companies have transformed their operations, experienced the power of automation, and witnessed the positive cultural impact it has on their teams, we then move to higher order functions.

Automation is a precursor to autonomous. All things that can be automated will be automated. And all that can be automated will eventually become autonomous. As with self-driving cars, autonomous media execution is years away and there are countless more dependencies needed to be built. Just as ATMs didn’t eliminate bank tellers and travel websites didn’t eliminate travel agents, autonomous media software won’t eliminate the need for media agencies or media professionals. What it will do is transform their lives, businesses and careers and allow them to spend more time doing the things they love while feeling happier and healthier.

Drenik: Thanks, Shawn, your compelling perspective about the future of automation in the digital media space. I’m interested to see where it will go from here!