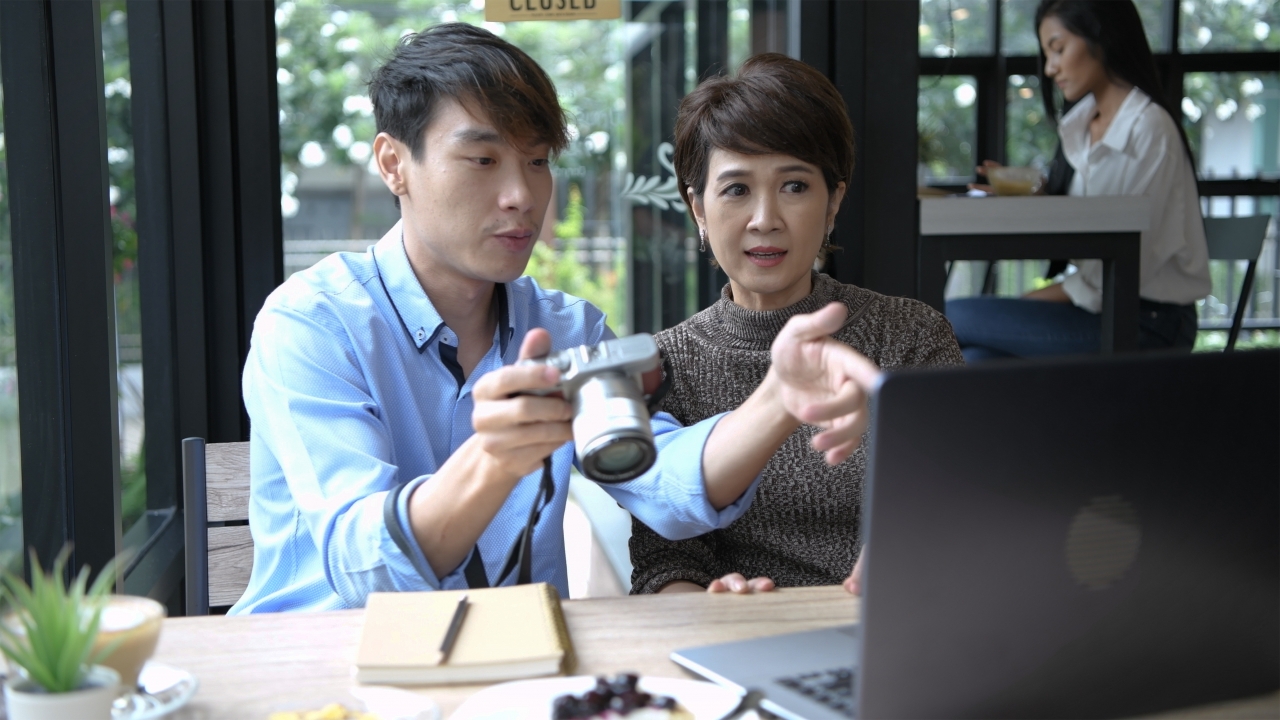 In my last post,I looked back to the beginning of 2007, and two events that I think marked the start of the 21st century. It now looks like we’re at the end of the first era of this century - the era in which public social media platforms were dominant.

Like any good future scenario, there are different drivers for this, some technological (TikTok’s algorithmic innovation) some financial (Apple’s privacy decisions decimating Meta’s advertising income), some social (younger audiences leaving Facebook and Twitter for newer platforms), and some wild cards (whatever the hell Musk thinks he’s doing with Twitter). Regardless of what’s driving it, it definitely feels like the end of the era that started back in 2007.

Despite working for the last two decades in roles that have involved thinking about innovation, I’m lousy at predicting the future. But back in 2007 I published something thattried to explain how social media spaceswere mapping on to what we, as users, wanted from them. The ideas in that post have stayed in the back of my mind ever since, and now, as the platforms that have dominated the last decade and a half start their decline, I wanted to revisit it to see if there are any clues for what might emerge next.

2007 was the peak of the Cambrian explosion ofweb 2.0, and I wanted a way of explaining these new technologies that didn’t focus on specific sites, but instead looked for deeper patterns. The model I ended up with described six spaces that I felt were being created in social media, each with different expectations and behaviours. Here’show I described them back then, in August 2007:

As part of my current job, I’ve been trying to find a way of describing social media spaces in a way that can be shared by both traditional media indies and digital media agencies. The former understand genres and formats, whilst the latter understand platforms and networks. After a few weeks of gradually finding out what doesn’t work, I’ve ended up adopting a more user-centred model, based on the assumptions users have about what they can *do* in certain kinds of space, who they’ll be doing it with, and what kinds of behaviours are expected. I’ve been meaning to write this up for a while, so here they are – six different types of social spaces, based on behaviours and expectations, not platforms, genres or formats. Caveat – this a crude analysis, and the examples are not exclusive – there are lots of overlaps between these spaces; and they exist both online and offline: Secret Spaces Behaviours: Private, intimate communication, normally with only one or two others, often using private references, slang or code Expectations: Absolute privacy and control over the communication between users, and no unauthorised communication from third parties (eg spam) Examples: SMS, IM Group Spaces Behaviours: Reinforcing the identity of a self-defined group, and your position within the group, eg ‘stroking‘ behaviour to let the group share a sense of belonging, or mild competitiveness to signal hierarchies within the group (eg who has the most friends, posts, tags, etc) Expectations: A shared reference point for the group – eg a band, football club, school, workplace, region, etc. Rules about approving membership of the group, and icons for the group to signal their membership (badges, profiles, etc) Examples: Facebook, Myspace, Bebo, etc Publishing Spaces Behaviours: Creating your own content or showcasing your talents to an audience outside of your usual social group Expectations: The ability to control the context and presentation of your creative content. Ways to receive feedback, comments and advice from other users. Examples: Flickr, Youtube, Revver, etc Performing Spaces Behaviours: Playing a defined role within a game structure. Experimenting through simulation, rehearsal and teamwork to achieve a goal. Iterative exploration or repetition of activities in order to perfect their performance Expectations: A clear set of rules that is understood by all players. Clear rewards for success or failure. The ability to test the boundaries of the game structure, or to perform extravagantly to show off your talents Examples: MMORPGs, Sports, Drama Participation Spaces Behaviours: Co-ordination of lots of small individual acts to achieve a common goal. Shared belief in the goal, and advocacy to encourage participation by others. Expectations: Rules or structures that help co-ordinate activity towards the goal. The ability to create micro-communities within larger participation groups – eg a group of friends going on a political march together, or a workplace group created to train for a marathon Examples: Meetup, Threadless, CambrianHouse.com, MySociety Watching Spaces Behaviours: Passive viewing of a linear event as part of a large group. Organising a group to attend an event, and sharing experiences afterwards Expectations: Spectacle, entertainment, a feeling of thrill or joy. A shared sense of occasion, or of being taking out of your everyday existence for the duration of the event. Mementos or relics of the event (eg programmes, tickets, recordings, photos, etc) Examples: Television, Cinema, Sports, Theatre, etc

Looking back, it’s interesting to see the examples I used - I’m surprised I didn’t include Twitter, which had launched the year before. But in general, I think the model has held up pretty well as a way of describing what we want from social spaces online.

At the time, I thought that the biggest issue with digital social spaces was going to betransgression- that the technology would move our social activity across these definitions, in ways that surprised us or worked against our expectations. In our work with young people at the time, we saw a definite line after the first two spaces that marked the boundary between spaces that felt private in some way, and spaces that felt like they could expose them to ‘randoms’ (as the terminology of the time described them). We were working on projects that tried to get young people to collaborate in public, but they saw that line as something they were often too nervous to cross.

What I didn’t understand then was how much the need to generate advertising dollars would push us all over that line, and eventually make almost everything we do public by default. In 20010,Matt McKeon published a great visualisationof how Facebook had shifted its default privacy settings over the previous 5 years, with nearly everything being accessible not only to Facebook users, but the entire internet, by default. If this felt shocking in 2010, it would only get more shocking over the next decade.

This feels like the real story of the last 15 years - the big platforms needed advertising to fund their incredible growth, and so ran roughshod over the promises they’d made about user’s control and privacy when they joined their services. If things are in public, they’re easier to monetise, and so this was the direction social platforms took - away from secret and group spaces, over the boundary into spaces where users were more public, more passive, and more monetisable. The social and political cost of this trangression has been incalculable.

The last fifteen years has seen social networks drift to the extreme ends of my six spaces model. At one end we had private messaging apps like Signal, WhatsApp and iMessage, and at the other the big platforms like Facebook, Instagram and Twitter, which, although they contained private messaging functions, really wanted you to hang out in public.

The spaces in the middle, where we were publishing content or trying to participate to achieve group goals, took a different turn. The rise of the creator economy turned publishing content from a purely social activity into a monetisable side-hustle, and sites like Flickr lost out to platforms like Instagram and Youtube that pivoted away from creative expression towards creative entrepreneurialism. Participation spaces likewise pivoted from sites that merely tried to enable community - like MeetUp - to ones that were designed to monetise it, like Patreon and GoFundMe.

The space that we were most excited about in our work with young people in 2007 was the ‘performing’ spaces, where you could play a role that helped you test and rehearse your abilities and identities. This is most obvious now in massively mutliplayer online games like Fortnite, and yet is still, I feel, hugely misunderstand when people talk about the growth of social spaces in the last 15 years. Zuckerberg’s vision of the metaverse feels like it’s extrapolated from business software, not the vivid pixelated dreamspaces that Minecraft and Roblox have enabled. It misses the most important factor that makes ‘performing’ spaces work - a set of rules that give you something to bounce off, that makes itfun.

But even though I’m terrible at predicting the future, I am still an optimist. As the major platforms seem to be waning, I think we’ll see a new mini-cambrian explosion of platforms and services that are more diverse, more focused, and that hopefully have more respect for the boundaries we expect in our online social spaces.

I can see that already in my own behaviour. Nowadays I socialise a lot more in private group spaces enabled by Slack and Discord than I do on public social media. And the newsletter boom supported by Substack and others has creatednew forms of communitythat feel closer to the blogging revolutions of the early 2000s.

The optimism of the web 2.0 era was engulfed by the tsunami of money that emerged from monetising our public social behaviour. As we start to pick ourselves up from the wreckage that caused, I’d like to regain some of that optimism again. I’d like to think the services that are emerging now will be more tightly aligned to the kinds of expectations and behaviours I described in the ‘six spaces’ model. I’d like to think they will have viable business models that are based around people paying for the things they value, not being turned into products for advertising.

Most of all, I’d like there to be a healthy ecosystem of smaller, more focused products, and not a handful of giant platforms dominating the public sphere. But as I said, I’m terrible at predicting the future.