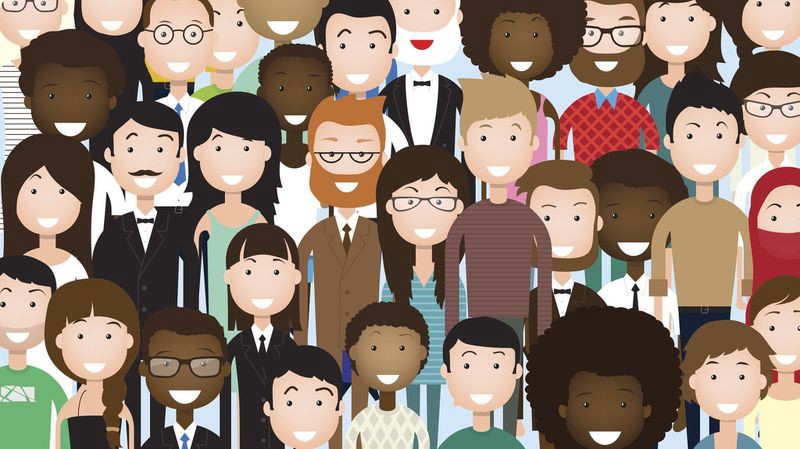 During an interview this week with Jim Kramer on “Mad Money”, Shopify COO Harley Finkelstein said, “We believe the future of commerce needs to have diverse voices, more voices not fewer.” My head began racing and my fingers began tapping.

I scoured the web to find racial diversity studies in ecommerce. One article appeared on gender diversity in ecommerce, a very troubling issue within #WomenInTech, but nothing on racial and ethnic diversity in “ecomm.”

Harley said about leveling the playing field, “it feels more important now than ever before to do that.”

This got me thinking. Is there an ecommerce business more appropriately suited to be better stewards of diversity and fairness than Canadian-based Shopify?

Why Them, Maybe Around the world, Shopify operates an extensive partner ecosystem that has helped put them on the radar of brands, entrepreneurs, investors, content creators, amongst others. Maybe most importantly for this chat, the media.

When Shopify CEO Tobi Lutke announced they’ll allow most staff to work from home permanently, discussions around a post-office model started at offices that never heard of the company. A recent announcement with Facebook made global news too. Their reach is immeasurable.

The company’s ethos is a fit too. Harley said it himself that the company’s mission statement is to level the playing field for merchants. It’s a vision statement so well-known others have straight-up stolen it. In addition, the name of Shopify’s annual developer and partner event is Unite. You can’t make this up.

Since America has pushed entrenched social injustice and systemic racism to the side for 400 years, can we be the change that’s needed alone in our industry?

Debugging The Ecommerce Diversity GapAs humans and roughly 500,000 ecommerce professionals, we should all be exploring our own blind spots when it comes to racial inequity. In the U.S., I don’t know of many ecommerce conferences, virtual summits, or field marketing events that look any different from a College of the Ozarks reunion.

It’s safe to say that the average white executive at a vendor or solution partner (e.g., SIs, agencies, platforms) doesn’t know what Black Twitter is. I can wait, Google it.

Some may argue, “this is tech, what do you expect?” And to that I say, the statement “this is tech’” is problematic and must be discussed.

So, why aren’t many Black or POC entrepreneurs active in ecommerce? To answer that, let’s get a look from the top of retail’s ladder.

Respect For Diversity Must Be Omnichannel In America, brick-and-mortar retail has a long road ahead to correct its long-lasting anti-black bias. If you disagree, think to yourself how many times — not if — you’ve witnessed or experienced racial profiling in stores. Remember Lord & Taylor settling claims of racial discrimination? It’s been reported that retailers use discriminating code words to refer to black customers. Personally, I’ve seen store employees do that over headsets.

With ecommerce workers touching so many aspects of a merchant’s business, we can make a huge difference in the stand against racism. If brands can pull off massive pivots like producing PPE for frontline workers including masks for hijabi workers, it’s up to the brand marketers or ecommerce agencies amongst us to speak up when given racially insensitive product images to upload. Some of the largest retailers including Urban Outfitters, Adidas, and Gucci have done wrong, showing how racial insensitivity has gone omnichannel.

When I was in New Jersey (no, I don’t know Gary V.) roaming malls with black friends, shopping was an entirely different experience than with white friends. My black middle-school-age friends were sometimes prevented from using dressing rooms alone or followed down aisles with associate eyes peering above racks. Racial profiling by those working in theft prevention is a well-documented issue in retail.

One of the most notorious national cases of racial profiling by store associates happened in 2018 when a Starbucks employee in Philadelphia called the cops on two black men who were hanging out. Both men were arrested on the spot. Weeks later, Starbucks held racial-bias training and closed 8,000 stores. Need more convincing? Reopen Google and enter ‘shopping while black’.

Ecommerce pros can learn from fashion icon Dapper Dan who for years has been discussing inclusivity. A favorite of mine: “Nothing is more important than knowledge of different cultures.”

Now, climb down a ladder rung to funding. How do we expedite and increase access to capital for Black entrepreneurs?

Change At The Founder LevelActively working to end racial bias in the ecommerce space begins with an open dialogue on how startup founders become founders. Sure, tech is known as one of the most inclusive industries, but it is not without its shortcomings there. Are enough founders thinking creatively about how teams can be more diverse? Take a tip from Sergio Villaseñor, the Founder and CEO of ecommerce platform Elliot.

Let’s tackle arguably the most critical areas with widespread implications: where venture capital funding gets funneled in digital commerce and what percentage gets to Black startup founders.

In 2018 alone, $131bn was invested across the U.S. startup ecosystem. Over multiple years, $2.7bn in venture capital spending got in the hands of Black and Latino founders, 105 of them. ????

Of those Black and Latin founders, 13 are at ecommerce companies. For those seeking a visual aid, I present this from Harlem Capital Partners, a VC fund backing minority and women-run companies.

And for those saying…

Let’s have a very non-scientific look at tech and checks. Historically, they’re bedfellows in one of two ways:

What About The Funding Fathers? In recent weeks, venture capitalists have been remarkably silent, which has led some VC figureheads like Logan Bartlett, Managing Director at Redpoint Ventures, to tweet:

Maybe because 81% of VC firms don’t have a single black investor or that 1% of venture-funded startup founders are black?

Perhaps VC firms will do something big versus paying lip service to support racial diversity now that Michael Jordan and the Jordan Brand pledged to donate $100mn to organizations ensuring racial equality?

Black Execs In Ecommerce There are just four black CEOs of Fortune 500 companies. That should make you upset or at the very least recognize further systemic issues. What about black-founded vendors in ecommerce?

In the coming days, weeks, and months, I want to map where black senior executives work in ecommerce. This came up after I saw a LinkedIn post from Dylan Whitman, the former co-founding CEO of BVAccel:

He then named recognized vendors to get discussions on diversity and racism in ecommerce going.

To me, the most interesting thing about his post was the candid conversations within the 145-plus comments. Convos started about what inclusivity means, if meritocracy is right/wrong or even real, and does a racist hierarchy in ecommerce exist. One commenter asked, “what’s POC mean?” That just reminds me of the work ahead.

Where To Improve Now After speaking to hundreds of solution providers and brands in the last two years, I realized not once was a Black senior executive involved. That troubled me — for good reason. Reexamining how grossly unequal my experiences have been, I jotted down the following to discuss with peers. I hope it’s useful for you/your team.

Progressing The Procurement Process When ecommerce brands do a demo or discovery call, I’d urge them to ask how diverse that vendor is, and vice versa. Just as you seek to create a diverse workforce, do the same with diversifying suppliers.

HR Training This can’t be shelved until 2021. Add it to a sprint. At Shopify’s Toronto office, a Diversity & Belonging Lead oversees a global diversity and belonging strategy. Naturally, not every company can afford or needs such a role, but diversity training must happen with HR teams or recruitment professionals. Hiding behind a chief diversity officer doesn’t cut it. Ask the ad industry how that's going.

Adam Rose, an ecommerce recruiter who was behind the Google Sheet compiling ecommerce pros laid off due to the pandemic, said, “HR needs to look at talent sourcing methods and position requirements too. It doesn’t just stop at selection, of course, we need to focus on career development and leadership development for people of color too.”

If you’ve ever seen the Netflix culture deck, you know where I’m going. Shopify could share a sliver of a deck for the ecommerce industry to review.

Innovate Where It Matters Calling ecommerce an ‘innovation community’ is a gross understatement for the complexities it solves. When merchants have challenges, service-providers develop solutions at blazing speeds.

Due to the pandemic and the subsequent lockdown, we’ve seen small to enterprise-sized brands deploy SMS and chatbots in record time. We watched BOPIS (‘click and collect’ to some oddballs out there), BORIS, and buy online pick-up curbside (BOPAC) become table stakes for retailers. This is an industry where mid-pandemic, PepsiCo was able to launch two DTC sites in roughly 30 days, or as Chris Walton of Omni Talk said, “it really took them 26 years.”

To me, all of that resembles an arguably self-aware group.

I’ve Been Spoiled. Everyone Should Be. Years ago, I had the great fortune to join the most inclusive and ethnically diverse company of my life. Tucked away in one of America’s most underappreciated tech cities, Philadelphia, with its own horrific history of police abuse and repulsive racism including the bombing of Black residents, was an ecommerce business.

There, I worked alongside a paid intern from Sierra Leone who fled a civil war. He later became a front-end developer. Another deskmate arrived from Syria. It’s no surprise we became known as one of the most inclusive working environments in Philly.

I know firsthand how ecommerce company cultures will improve if every type of voice is welcome and heard.

By the way, Philly friends, you gave me chills yesterday with this:

Becoming Better Perhaps healthy pressure will benefit us all. With groups like Founders for Change getting POC to the cap table and working to impact all of tech, what about in ecommerce?

Highlight ecommerce businesses taking action and not broadcasting hollow language or tweeting including:

Who’s Up Next? By all accounts, Shopify is the most inclusive company in ecommerce with a platform (no pun intended) like no other. They wear their culture on their sleeve and so speaking up to unite the ecommerce and retail communities would be monumental. It seems to me that the “playing field-leveling” torch — that they chose for themselves to carry — needs to be raised higher than ever.

I leave you with fitting words from a friend and Marvel Comics writer, Benjamin Jackendoff, who summed up what I couldn’t say.