Do you need a digital strategy? 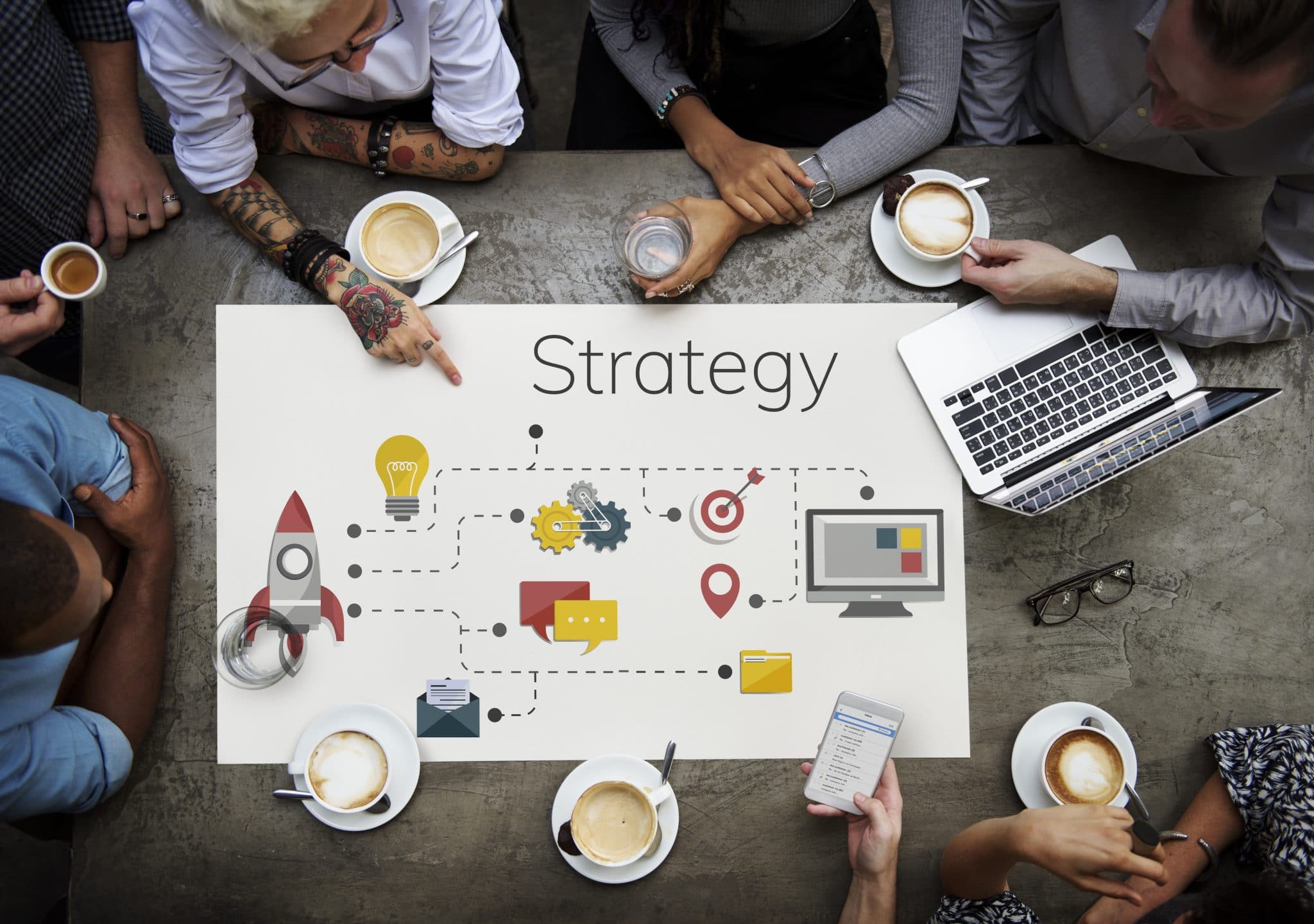 It was thought to have been buried for a long time, but it has resurfaced with COVID and its consequences, namely large-scale forced remote work and the closure of retail distribution networks.

Shortcuts were not long in coming, such as “COVID has been the best agent of digital transformation in its last years” or “those who will survive are those who had a digital strategy”.

This is not the subject of this post and we’ll have the opportunity to talk about it later, but consider COVID as a catalyst or even an instrument of digital transformation…frankly I have my doubts.

Did COVID make telework adoption a reality? No. When people are forced to stay at home with the gun to their head I don’t call it an adoption but a constraint. It’s a bit like saying that a court order helps people adopt prison. The proof is that some employees want to come back to the office in different doses but want to come back. And in spite of reassuring front talk, many companies want them to come back.

Has COVID boosted digital uses in companies? No, for those who did not havea sufficient practice of remote working prior to containment, it has even been a mess without a name. It has especially allowed us to discover that if the computer came into the home, it did not come into the home for professional reasons, but only for leisure. The proof of this is the material and human discomfort in which people have worked at home and the difficulty they have had to install, at home, the tools they need to work. If the big boom in digital uses is installing zoom to have an aperitif with colleagues…

Has COVID boosted e-commerce? As Frederic Cavazza pointed out, in 2020 the e-commerce in France has only followed the curve of progression that was his for years. No more, no less.

Maybe I should have started there. In my opinion you have as many conceptions of what a digital strategy is as there are decision makers, consultants, experts and other gurus. And, apologizing in advance to those who didn’t fall for it, overall having a digital strategy was the combination of three things.

1°) Have a digital management with a Chief Digital Officer at its head, of course.

2°) To have a budget dedicated to digital

A superb example of Technological Solutionism that perfectly illustrates Evgeny Morozov’s “to solve anything click here”.

Yesterday during a discussion with friends the subject of a well-known company that had set up a digital factory appeared in the middle of the conversation. “By the way, what did they come up with? Uh…obviously nothing”.

This is of course an extreme and reductive case, but :

1°) if things have “come out” of this digital factory and excellent customers have not seen anything there is a problem.

2°) if it’s a budget problem it shows that isolating things in a box is the best way to kill without looking like something you don’t want or don’t understand.

3°) if it is a talent problem it means about the same as lack of budget.

4°) if it is a problem of passage from innovation to industrialization, this still argues against the constitution of a digital silo.

In politics it is always said that to bury a subject it is enough to create an adhoc commission. For digital it was about the same.

Faced with the COVID crisis, many companies that had a digital strategy of this type only found themselves with good intentions that were not necessarily operational and in any case not scalable.

Those who succeeded didn’t have a digital strategy, but a strategy in which digital was only a modality.

Some will tell you that digital has become the strategy with all the complacency that often characterizes professionals in the sector. They tend to forget that you don’t build stores and factories with bits and bytes.

Others will tell you that there is only one strategy and that it encompasses everything and I prefer this approach. When you also know how difficult it is to come up with a strategy that makes sense, having two is a feat, having them work together is a miracle and if there is no need to have them work together it means that everything is a matter of one and the same attention.

Back to remote working, the companies where it worked did not have a digital workplace strategy or had not relied solely on a tool adoption program. Above all, they had a vision of work that they applied, a vision that was facilitated by tools.

To put it another way, the way we work today is no longer adapted to the world in which we live, whether from an economic, societal or technological point of view. In the office, proximity allows us to make up for a certain number of shortcomings. Distance does not necessarily create new problems, but it amplifies existing ones and shatters the current model. Everything that works remotely can be transcribed in the office, all the dysfunctional things that we manage to hide in the office are brought to light when we switch to remote. Distance only puts your organization to the test.

As far as e-commerce is concerned, what we have seen is pre-existing devices that have been ramped up without too many problems. As far as France is concerned, in any case, the only thing that has not kept its promises for a long time is the delivery services of La Poste, but that’s another debate.

And for those who had nothing, should we blame their lack of digital strategy? We are talking mainly about small retailers for whom, unless they sell hyper-exclusive or specialized things, they had no strategic interest in entering the field before COVID, the cost/benefit ratio being too unfavorable. Their overall strategy is therefore to be commended. Would e-commerce have helped them to get past the confinement? I’m not even sure, as the platform reflex is so important. And even if it would have been the case, the prior investment would not have paid off in normal times and the probability of a crisis such as we have experienced is so low that they will not be blamed for not having anticipated the risk.

I also have in mind a well-known brand that had a digital strategy…the first thing that was done at the time of COVID was to limit digital budgets. That’s why it’s useful to separate digital from the rest of the business…. or not.

On the other hand, those who did well, therefore had functional devices, had, in order to have an e-commerce that works, solved problems that are not only digital.

I take the example of franchisors, a subject on which I conducted an audit for a major retailer a few years ago. I might as well tell you that the technological aspect was quickly looked at and put aside. I might not have made these choices in terms of go-to-market speed, but for the rest they were reassuring and not very questionable in terms of robustness and scalability. Three black dots came up:

1°) The existence of a web price which can be lower than the price of the stores, due to the difference in the catchment area and therefore the question or not for the franchisees to align.

2°) The question of attribution of web sales. Is it necessary to make the web a competitor of the stores or a partner?

3°) The question of stocks: web dedicated stock, withdrawal from store stocks or a mix of both.

These questions are not answered with technology, but by taking the stakeholders with you. In the case of franchisees, I would even say that politics trumps technology. And in this case that’s what slowed everything down when the technology was ready.

There is nothing digital in all this, just a business strategy in which digital is a modality and which is therefore thought out in a coherent way.

I would also add that in some cases, during COVID, the web was able to make its sales on its stock and live its life while the stores were dying. At the end it was “neutral” for the brand which counted the losses of some and the revenues of others knowing that e-commerce never compensated for the closing of stores but was a lifeline that was always better than nothing. In other cases the web has been used to sell with a deduction from the store stock and/or income allocation. Seen from above it gives exactly the same result, seen from the store it is always better than zero income.

Again, nothing digital in there. Made possible by technology but without a prior business strategy it doesn’t happen. On the other hand, and it still exists too much, where digital and store were built in two competing silos we may have saved the furniture but we lost a lot of optimization levers (yes, redoing the web stocks while the store stocks are asleep still leaves some regrets).

Finally, many digital initiatives have been cut or scaled down because they were no longer financed by retail money. Logical and whatever people say it’s here to stay: even with sustained growth it will take time for ecommerce to become self-sufficient for traditional brands unless they want to become pure players and forget about in-store distribution. Proof that the two are strongly intertwined and that thinking one without the other doesn’t make sense.

Whether its gurus like it or not, digital is not an end in itself, any more than it is an island isolated from the rest of the world.

Remote working is not, as I have already had occasion to say, a new form of work or a gift to deserving employees or certain categories of staff. It is a way of organizing production and if we had seen it like that from the beginning we would have been better prepared.

In the same way, ecommerce is not a world apart that lives its little life away from the distribution networks. It is a distribution modality like any other and must be thought in a global scheme. Today we talk about offloading from the store to the web but who says that tomorrow an exceptional circumstance (major strike of parcel carriers, failure of the supply chain due to force majeure that requires to prioritize the store or whatever …) will not require to offload in the other direction.

Because in the end the only fact that the real new concept that many consumers and merchants have come up against is not ecommerce but click and collect shows that digital and “physical” are two complementary modalities of the same scheme.