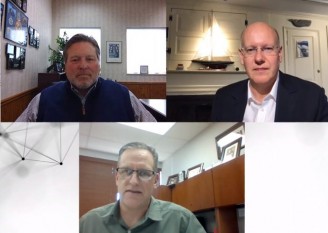 As digital printing and production technologies continue to gain adoption across multiple packaging segments, one of the most beneficial ways to learn about digital’s impact on printers and their customers is from the first-hand experiences of peer companies. During the virtual Digital Packaging Summit, held from Dec. 1-3, representatives from two leading label printing companies shared their insights, having each been at the forefront of digital printing in the label segment.

Hosted by conference co-chairman Marco Boer, VP of I.T. Strategies, the panel featured Doug Lingo, director of manufacturing for MPI Label Systems, and Todd Frendt, COO of Century Label. The panel covered a wide range of topics, including the impact of the COVID-19 pandemic, the automation and efficiency advantages of digital, and words of advice for those seeking to enter the digital market.

To open the conversation, each printer detailed their equipment and digital usage. Lingo said that MPI Label Systems consists of 11 facilities across the country and was an early adopter of digital printing, bringing its first press on board in 2002. Now, he said the company is up to eight digital presses, and within the MPI plants that offer digital, he estimates that about 20% of the label output is digitally printed. Century Label meanwhile, operates out of its facility in Bowling Green, Ohio, and runs three HP Indigo digital presses, in addition to its flexographic capabilities. Frendt said that currently, Century Label’s output is approximately 60% digital to 40% flexo.

While digital printing comprises a significant portion of the output at both companies, Lingo and Frendt said that at the start of the COVID-19 pandemic, they saw increases on the flexographic sides of their businesses. For example, Lingo said that order volumes, particularly from food companies, increased drastically, leading to an uptick in flexographic production. Frendt said Century Label had a similar experience, however, when brand owners opted to create new product lines — such as distilleries offering hand sanitizer — that led to a spike on the digital side.

“We saw a switch in the last three months toward digital,” he said. “More orders are coming in on the smaller side. We also had existing customers converting production lines over to hand sanitizers and producing them.”

Looking toward the future, Boer asked each of the panelists to describe the type of equipment they would be interested in bringing on board if they could create their ideal production line. Increasing automation was a clear priority for both companies, and the prospect of a hybrid solution with in-line converting was discussed.

Lingo said that his ideal solution would provide an inkjet engine and multiple flexo decks, in addition to hot stamping and embossing for wine and spirits labels. By having these multiple processes in line, he added that manual labor can be significantly reduced, as end-to-end production efficiency increases.

At Century Label, Frendt said that prior to COVID-19, the company had begun an initiative to bring in more automation and lean manufacturing. And with a digital press that incorporates finishing and converting processes, he said those time- and cost-saving initiatives could be enhanced.

“We’re looking for that automation, especially with where the labor markets are today,” he said. “Automation from prepress to the finishing of the product.”

While the label segment has seen the most digital production technology adoption within the packaging industry, there are still many companies that have not brought digital on board and are looking to make their initial investments. Boer asked the panelists for their words of advice for label printers seeking to add digital technology to their repertoires.

Lingo said that his top recommendation would be to research the total cost of ownership of bringing digital on board. This extends beyond the initial investment and the labor that goes into running a digital operation, and includes the press’s reliability as well.

Frendt added that making visits to peer companies that have experience with digital can be highly educational and beneficial in the decision making process. He added that elements such as color management, finishing, and converting need to be considered when bringing digital on board and will often require individualized attention.

“Get out and visit converters that have been in digital for some time,” he said. “Understand what your market is and who your customers are before you jump from flexo to digital.”