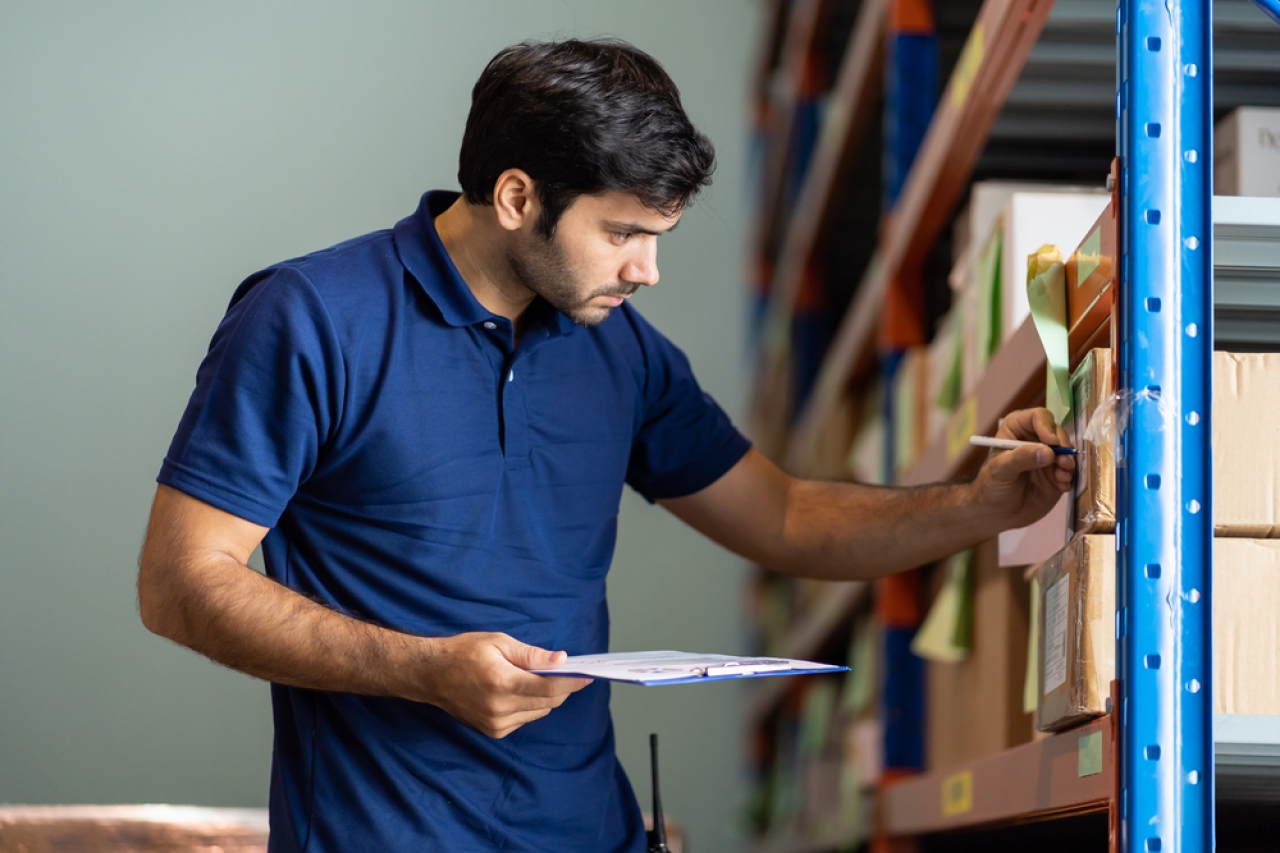 Despite all the rumblings of a recession, most distributors have yet to see a pullback in client buying habits.

That’s according to the new Distributor Quarterly Sales Survey from ASI Research, which found that distributors in North America increased sales, on average, by 12.4% in the third quarter of 2022 when compared to the same quarter last year.

While that number is below the 13.5% increase reported last quarter, it was an optimistic report overall. In fact, nearly 70% of distributors said their sales had increased from Q3 in 2021, and almost two-thirds reported that their results for the quarter exceeded expectations.

While larger firms fared slightly better than smaller (15.3% of companies with $5 million or more in revenue reported an increase for the quarter, compared to 12% of those with revenue of $250,000 and under), the gap between the revenue classes shrunk noticeably compared to previous quarters.

The increase of promotional products Q3 sales is more impressive considering that last year’s Q3 was a strong quarter, as events began to come back, travel opened up and distributors filled holiday orders – all before the winter onslaught of Omicron. This year, distributors say the optimism has continued, with even more events returning, far fewer travel restrictions, and ongoing pushes to continue engaging employees during new work setups.

The Counselor Confidence Index also rebounded, increasing to 107 from 103 in Q2, as recession fears manifested in the previous quarter.

The findings appear to be in line with the larger state of the economy, according to the U.S. Bureau of Economic Analysis (BEA), which found that GDP increased 2.6% between Q2 and Q3, marking the first period of positive growth for the year.

Economists say the increase, above initial estimates of 2.3%, came about in large part from a strong jobs market and narrowing trade deficit, plus increases in consumer spending, nonresidential fixed investment (capital expenditures) and government outlays. However, experts warn the gains could prove to be short-lived.

“Overall, while the 2.6% rebound in the third quarter more than reversed the decline in the first half of the year, we don’t expect this strength to be sustained,” wrote Paul Ashworth, chief North America economist at Capital Economics, as reported by CNBC. “Exports will soon fade and domestic demand is getting crushed under the weight of higher interest rates. We expect the economy to enter a mild recession in the first half of next year.”

While consumer spending increased 1.4% in the quarter (though it was down from 2% in Q2), investment in housing fell 26% due to skyrocketing interest rates on mortgages following a series of hikes by the Federal Reserve, the most recent one on Nov. 2. Inflation stands at just over 8%, while the average interest on 30-year fixed mortgages has now surpassed 7% for the first time since 2002.

The October jobs report from the Labor Department released on Nov. 4 was better than expected, with 261,000 positions added last month, though the unemployment rate ticked up to 3.7%, the slowest job gains rate in nearly two years.

Analysts say the jobs market is still strong, though major corporations are already announcing layoff plans. Reports over the last week indicate that some of the largest companies in Silicon Valley, including Amazon, Meta, Lyft and Stripe, are warning that they’ll be paring down their payrolls in the coming months as they look to cut expenses in the face of inflation, high energy costs and skyrocketing interest rates. Twitter, in fact, laid off half of its workforce last week, just a week after Elon Musk took the helm as CEO.

In addition, stock for e-retail giant Amazon fell 20% in late October due to anemic expectations for Q4, normally the company’s busiest time of the year, as consumers show signs they’re becoming more cautious with buying.

In Q3, meanwhile, promo products distributors say they enjoyed a lingering post-COVID energy among customers eager to spend, despite warnings of a recession. Memo Kahan, president of Top 40 distributor PromoShop (asi/300446) in Los Angeles and a member of Counselor’s Power 50 list, says Q3 sales were up 30% year over year, and his company is on track to see 15% to 20% year-over-year growth in the final quarter. “Our focus is on maintaining and growing current relationships and expanding our client base,” he says. “There’s a lot of business to be had if there are resources to execute.”

HALO Branded Solutions (asi/356000), the industry’s largest distributor, is seeing a similar healthy trajectory. “We attribute that to consistent expansion in our core business from organic per-customer growth in spend and the acquisition of several new larger clients in a variety of vertical markets,” says Terry McGuire, senior vice president of the Sterling, IL-based firm.

While the findings from ASI Research showed that smaller distributors grew sales less than larger ones, Chicago-based Printable Promotions (asi/299458) is bucking that trend. Vice President Mitch Silver says year-over-year sales were up 37%, though surpassing the numbers of Q4 2021 (one of the strongest periods in the company’s nearly 30 years of business, he says) will be hard given ongoing supply chain delays and looming economic challenges. “If we got to 80% of our Q4 2021 number, our 2022 total sales will still end up being one of our best years in our history,” he notes.

“They’ve become so resourceful and nimble since the pandemic,” she says. “They’re quick to find solutions for their customers, including packaging, kitting and fulfillment. More have added an e-commerce component to their traditional selling, as well.”

In Canada, which also saw months of lockdowns, post-COVID fervor continues despite talks of a recession. Inflation there is now just under 7%, down from a high of 8.1% a few months ago, though the Bank of Canada is considering additional rate hikes aimed at further cooling.

But Scott Hulbert, managing director of ideavation (asi/229801) in Ontario, says they’ve seen no slowing in sales and customers aren’t yet pulling back. “It’s continuous spending,” he says. “Even with everything going up in cost, they’re just bumping their budgets from X to Y to accommodate. Right now, events/sponsorships and conferences are coming back – it’s a swell of post-COVID business that’s still happening. It’s full steam ahead. Clients are trying new things to get in front of customers. We’re seeing them do stuff that could have been cut, like sponsorship activations and employee holiday gifts.”

While Hulbert says the economic situation is “bizarre” and hard to synthesize, his firm will continue meeting clients where they are. “We might be fearful of what’s coming,” he says, “but that doesn’t mean we can pull back on investments to win accounts and keep clients happy. There’s still lots of optimism. So many of us booked flights and hotels for 2023 shows months ago. No one is worried about spending. COVID taught us that rainy days are potentially always around the corner.”

Chris Faris, president and CEO of Boost Promotions (asi/142942) in Beverly, MA, saw Q3 year-over-year sales increase by 34%. “The energy has been positive,” he says. “There are still budgets to be spent. Clients haven’t had activations in the last two years, they weren’t spending, and now they’re back. We just have to find opportunities for traction and growth.”

In 2023, new office formats – many have gone hybrid or all remote – will be solidified, and promo products will play a part in that transition. “Companies have to bring it all together,” Faris says. “What will that look like? Employee gifts are part of that equation.”

And yet, other distributors say the reports of slowdowns in the wider economy – as demonstrated by the layoffs approaching in the tech sector – have had an impact. The last few months have been a challenge, they say, with some customers tightening the purse strings as economic storm clouds gather. Jim Nistico, president of Clay, NY-based Proforma Infinity (asi/300094), says Q3 numbers were down 82% compared to a year ago due to clients having less budget to spend.

“It was a wide spectrum of clients that just fell into dormancy for some reason,” says Nistico, whose client base tends to be smaller local companies in upstate New York. “I didn’t change my travel routine, but still, 38% of my top 20 clients didn’t order anything because of budget shortfalls. On the bright side, most have resurfaced in the fourth quarter along with brand-new customers, so it now looks like it’ll be phenomenal, thankfully. Sales have almost tripled so far this quarter compared to last year, and I’m expecting that trend to continue.”

An executive at a Top 40 firm said they’re also feeling the squeeze. Sales in Q3, he says, were “dead flat” from a year previous. It was a healthy quarter this year, but there was almost negligible sales growth compared to the same quarter in 2021. However, sales margins were up by almost 2%, which is a positive.

“Last October and November were unreal in terms of sales,” says the executive. “It might be difficult to match that. This October was very good, and November is off to a good start as well, but it’ll probably be worse than last year.” Anecdotally, distributors have confirmed that this year’s Q4 will likely lag behind 2021. And in fact, since the end of September, they say they’ve noticed a significant slowdown in order traffic, just when Q4 sales should be heating up. Some buyers are opting for fewer quantities of pricier, brand-name items, while others are maintaining order quantities but opting for less-expensive products (compared to the higher-end items that proliferated during the peak of COVID).

One $20 million distributor shared last week that, while June, July, August and September were record months for the company, sales fell about 20% in October. Reasons they cited include the ongoing war in Ukraine, the midterm elections, inflationary pressures, supply chain delays, pricing uncertainties, the rising cost of hiring and a looming recession.

Says Hulbert: “The last 30 days of the year will be interesting, after everyone has spent their budgets. What will December into January look like?”

Despite these uncertainties, there’s a vein of optimism with the industry’s long-term prospects. Faris says a “pause” on buying could occur, but that it wouldn’t be prolonged. “There’s always something,” he says. “In this industry, I’ve been through 9/11, the Great Recession and COVID – you just have to be prepared. The economy will come back. People are prepared and they’re budgeting for it. We just have to find opportunities for traction and growth.”