How to Create a Viral Marketing Strategy Using Memes 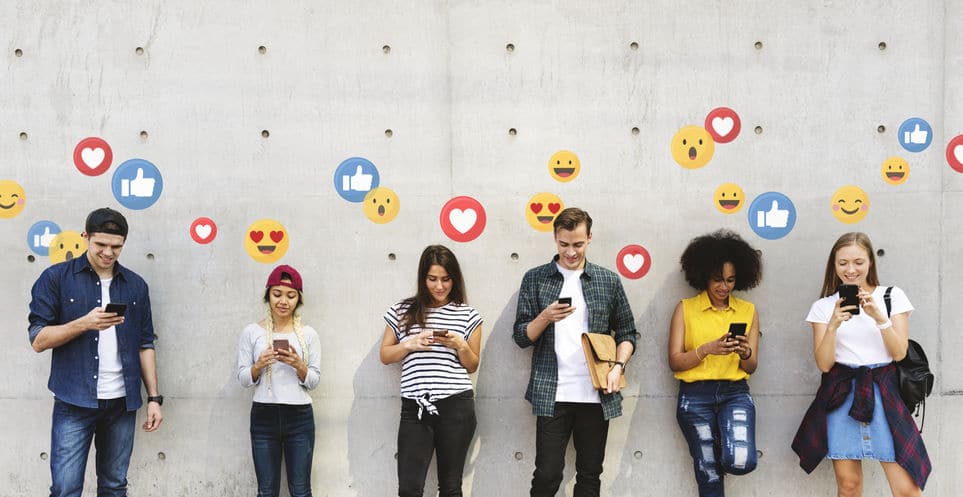 Need inspiration for your next content marketing campaign? Look no further than our nation’s leaders.

On Inauguration Day, social media was not fixated on President Biden but rather his former opponent, Vermont Senator Bernie Sanders.

Sanders made waves on social media after a photo of him from the event evolved into a meme. Since Inauguration Day, a cross-looking Sanders has been superimposed onto everything from “Sex And The City” scenes to the throne from “The Fresh Prince of Bel-Air’s” theme song.

Memes are viral by nature. Their success relies on users creating new iterations of recognizable images and sharing them online. The reach they garner and the engagement they foster creates meaningful connections between large groups of social media users.

If brands can successfully tap into this, it is a sure-fire way to reach innumerable more social media users.

If a meme marketing strategy sounds intimidating, you’re not alone. This article covers what makes content (especially memes) go viral and how brands can authentically incorporate memes into their social media marketing strategy. Let’s get started!

Before you get to work on your meme marketing strategy, it’s crucial to understand what viral content is and why it captures the internet’s attention.

According to TechTarget, “Viral content is material, such as an article, an image or a video that spreads rapidly online through website links and social sharing … Any kind of online content that appeals to users enough to make them want to share it can be spread virally.”

Luckily, all viral content shares some common characteristics. We can’t promise that these four steps will make your social media following skyrocket. But they can teach you how to create digestible content that captures your followers’ attention and gets you in front of a new audience.

The key to launching a viral content marketing strategy is making your audience feel understood. Remember, your followers will only share your content if they feel it is an authentic reflection of themselves.

So, get to know your target audience. Hubspot recommends content marketers start by asking these questions: “Who do I want to connect with? What content would they feel passionate about? What are their hopes, dreams, and values? Why would they care about my campaign? What can I do to make them want to share my content with their social network?”

Foster an understanding of what your audience cares about and what ideas, beliefs and values resonate with them. Then amplify them on social media.

On top of being downright hilarious, the recent Sanders meme evolved into viral social media content because of its relatability. While many politicians and their spouses served up red carpet-worthy Inauguration Day looks, Sanders sported a Burton rain jacket and homemade mittens.

This juxtaposition between highbrow designer labels and a middle class brand allowed the irritable Vermont senator to resonate with a wide audience. As a result, people were motivated to share it again and again on social media.

Happy, sad, funny or inspiring, viral content makes people feel something. And if their emotional response is strong enough, they will feel compelled to share it.

When crafting a viral marketing strategy, play upon strong human emotions. According to Boston Business Journal, viral marketing campaigns “may evoke emotion, be entertaining or inspirational, provide an element of surprise, or contain information that is deemed helpful.”

Clearly, viral content marketing allows room for creative freedom. But the emotions your content evokes should be rooted in your brand’s values.

The mission statement of skin care brand Dove, for example, espouses themes of self-love and positive body image. In recent years, Dove has used these themes as the inspiration for many viral marketing videos.

In 2013, Dove’s Real Beauty Sketches campaign, which “explores the gap between how others perceive us and how we perceive ourselves,” garnered more than 114 million total views in just one month. At the time, the campaign was the most watched video ad in history.

The video evokes powerful emotions of self-love while presenting information about the reality of self-criticism in a new and interesting way. These qualities are the perfect recipe for a viral social media moment.

Viral content and viral marketing strategies are almost always rooted in visuals. Visuals engage the user and make the core messages of your campaign easier to understand. According to Hubspot, “A campaign should tell a story and that story is best told using visual elements that resonate with your audience.”

Create something that is familiar to your audience, yet novel. Or, as Hubspot puts it, “Your visual strategy needs to be compatible with your brand and target audience — it should be interesting, informative, and contain some element of intrigue, such as humor or hope.”

Find the right balance and your followers will be happy to share your content with their own followers. Spotify mastered this content marketing strategy several years ago when they launched their now annual Spotify Wrapped campaign.

Spotify Wrapped is a feature that compiles users’ most listened to songs, artists and albums of the year. Spotify presents this data in the form of infographics, which users can choose to share on their social media accounts.

Spotify Wrapped is a prime example of viral content marketing; the visuals are informative, novel (as they are personalized to each user) and made to share on social media. At this point, Spotify has its listeners doing the marketing leg work!

On social media, you have just a few seconds to engage users. So, what does that mean for your viral marketing strategy?

According to Boston Business Journal, “Content that is easy for the audience to digest also increases the chances of it becoming viral. Videos, quizzes, and list-based articles are more popular than other types of content for getting shared and, ultimately, going viral.”

Your message must be loud and clear, so it’s no surprise nearly all viral content is short-form and involves a visual element. But how short is short enough?

When it comes to content marketing videos, FAD Magazine says, “Get right to the point in your video. Viral videos are mostly short and simple (ex: TikTok and Facebook Stories). 30 seconds to one minute is recommended for videos to go viral. Anything longer is likely to lose your viewer.”

While this is true for viral video content, the same can be said of nearly all social media content. According to The Brink, a recent Boston University study of viral memes found “images that contain a lot of text are less likely to go viral, while those with no text at all or with succinct messages do tend to go viral.”

When it comes to viral content marketing, keep it short and sweet.

Now that we have identified the characteristics of a successful viral marketing strategy, let’s cover social media’s most popular form of viral content: the meme.

According to TechTarget, “The internet meme, a classic example of viral content, usually takes the form of a video or an image with one or two lines of text.”

This description doesn’t sound too exciting, so what makes them so popular? Forbes says memes are, “designed, like a contagion to spread. And they spread because they are kind of an instant or universal cultural shorthand — a quicker way to communicate something humorous with friends and followers where everyone is in on the joke.”

Use memes in your content marketing strategy to create deeper connections with your audience.

In the case of the most recent Sanders meme, Sanders’ crossed arms and legs, ill-fitting face mask and intense glare instantly communicates a strong, grumpy emotion. The image powerfully showcases Sanders’ Inauguration Day mood, making it relatable to a wide audience as well as easily adaptable to many different contexts.

If your brand can successfully create iterations of memes, like those of Sanders, your content marketing strategy will feel more authentic to followers and will ultimately grow your audience.

At least that’s what happened when Bud Light adopted a meme marketing strategy. According to Digiday, “Over the last year, Bud Light has been posting memes to its social accounts and working with influencers to create them on a regular basis. Doing so has helped increase positive brand sentiment, helped the brand grow its social following as well as increased engagement.”

Digiday warns that consumers are increasingly turning away from traditional advertising and “simply posting cut-downs of TV commercials” to social media won’t cut it anymore.

Now is the time to connect with followers on a deeper level. Use your content marketing to speak their language and you will be rewarded with a larger, more engaged following.

While there are many benefits to using memes in your social media marketing strategy, tread carefully: a poorly executed campaign will only drive followers away.

Memes are typically fun and lighthearted. According to TechTarget, “Entertainment value is a common characteristic” in viral content and Entrepreneur finds, “laughter is a human emotion that’s shareable.”

So, make sure your meme content marketing gives your social media following a good laugh. According to The Brink, a recent study by Boston University found that “funny pictures where people show a very pronounced reaction are great candidates for good memes.”

Humor is a necessity in a meme marketing strategy. Make sure you’re using images, videos and language that resonate comedically with your audience.

If your meme flops, it will be obvious to your social media following that it was nothing more than a marketing stunt. According to Digiday, memes are “a different language,” and brands who have implemented a meme marketing strategy “are using a content type dominated by younger audiences made up of references and jokes that brands may not be aware of.”

While they seem easy to master, memes are far more complex than some content marketers realize. Digiday finds “some brands lean on the simplicity of the format by finding a GIF or picture to put text on that works for a brand message.” This puts brands at greater risk of “being laughed at.”

Brands who make an effort to learn the language of the online communities they want to reach are more likely to be accepted by them. And that’s just what Slim Jim did.

Take time to understand memes before using them in your content marketing strategy.

According to Thrillist, back in 2018 Slim Jim noticed an Instagram fan account, @slimjimsdoingthings, was outperforming the brand’s official Instagram page. So the company decided to bring on Andy Hines, the fan account’s creator, as their social media manager.

Hines turned Slim Jim’s Instagram into a “meme machine,” which grew their following of 5,000 to “more than a million dedicated followers dubbed the ‘Long Boi Gang.’”

You don’t need to hire your company’s biggest online fan to craft a viral social media marketing strategy, but you should take some cues from influencers like Andy Hines. The better you understand their humor, the easier it will be to adopt in content marketing.

Many viral memes have a shock factor, but that’s partly why they’re so popular.

Boston Business Journal explains viral content marketing tends to “provide an element of surprise.” And Entrepreneur urges content marketers to be “original,” noting “unusual content is more likely to get engagement than content that is reminiscent of campaigns from other companies.”

The success of the most recent Sanders’ meme is in part due to the novelty of each iteration. With each new meme, social media users photoshopped the image of Sanders, perched on a folding chair, into a different context, creating a jarring effect for the viewer. In the days following the Inauguration, Sander’s could be seen anywhere from Game of Thronesto the New York City subway.

There is only so much time to catch the user’s attention, so create something original.