Is Your Video Marketing Strategy Smart or Stupid 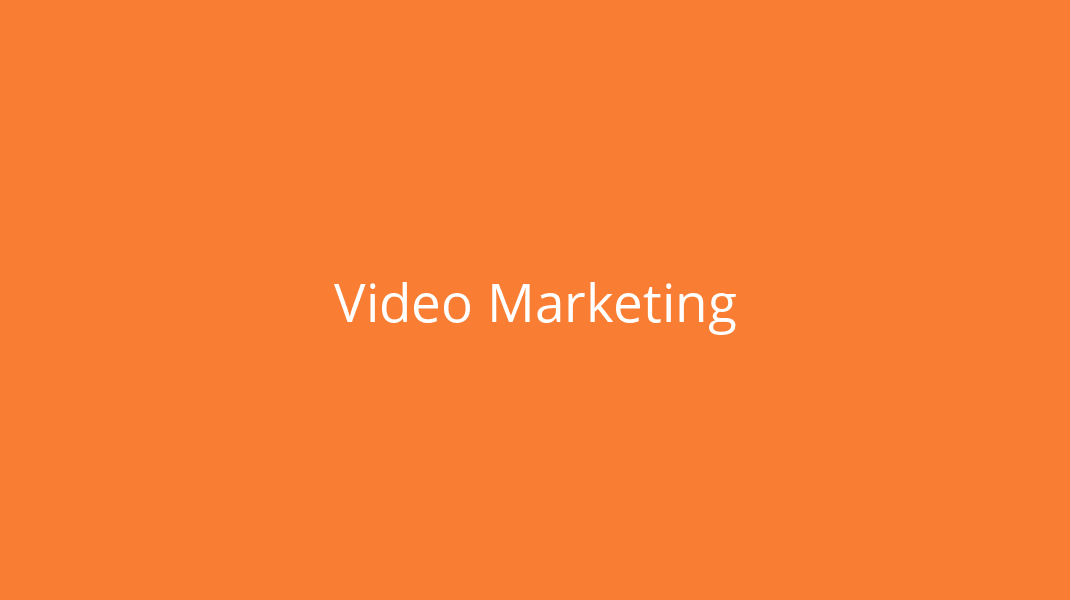 Your Brand, startup or organization is throwing video into the digital marketing mix like crazy, but are you putting enough smarts behind your video marketing strategy? Do you even have a strategy? Are you putting the same time and attention into video as you would into broadcast? There’s a lot of debate over the return on video, and social media in general. What’s all this activity doing to sell more stuff?  Developing a video marketing strategy up front, either internally, or with a creative agency that specializes in video, will make a huge difference in how your videos and wider digital campaigns perform.

Here’s a quick list of the 10 most important things to get you started, along with the smart and stupid approaches to each:

This is where it all starts. What do expect from the videos? Are you trying to raise awareness of and interest in something? Everything? When you’re sitting in that Monday morning meeting defending your use of video, what will you say your video did? Did it help sell more product? That’s how you’ll ultimately be measured, so set realistic goals up front.

Stupid: Expect one video to put the entire marketing campaign on it’s back and single handedly outsell all other mediums.

Smart: Put everything through the filter of selling more product at some point. Pick one or two specific things you want to happen from each video. If you need more things to happen, make more videos that fit into your wider campaign strategy, or make different versions and promote them in different ways.

What do you want people to do after they watch the videos? Do you want them to share, click, sign up, buy now, tell a friend, buy later, make a response video, enter a contest, download a game, a new app, subscribe to something, get free tickets, pre order?

Stupid: Let viewers decide on their own and do whatever they want to do, as long as it gets lots of views.

Smart: Guide them towards what you want them to do. Again, pick one or two specific things you’d like them to do, with eventual product sales in mind. Views will mean nothing against a crappy sales report.

3. INTEGRATION WITH THE WIDER CAMPAIGN

How are your videos being integrated into your wider digital and traditional campaign strategies? Have you thought of shooting videos, TV ads and PR promos together at the same time? Can the TV ads serve as a call to action to watch more videos across your social media channels, leading to engagement, sharing and sales? You’ll save on creative and production costs too.

Stupid: Video is a separate thing. TV ads and PR are separate too. So are billboards.

Smart: Look in the mirror. Now punch yourself in the face. Everything is digitally connected now, and has to be integrated or you’re missing big opportunities. Even billboards.

What kinds of video ideas does your brief call for? Branded entertainment? Viral? Product? Promo? Explainer? Web series? In all cases, have fun and be different. As long as you’re not threatening or overtly offending anyone, take the gloves off and go for it.

Stupid: Make the videos so lightly branded that nobody knows who they’re from or why they just watched. For all the others, put in so much message so they get bored. Keep the topics vanilla safe, and don’t be edgy.

Smart: Give viewers something of value. Whenever possible, make them laugh or learn something. Go the unsafe route, stir up some controversy, and get all that free extra media attention. Focus on what you want viewers to do after they watch the videos and worry about that more than selling to them at this point. Be entertaining or informative and build in reasons for them to share.

This part depends 100% on what your creative concept calls for.

Stupid: Shoot videos with an iPhone because the videos are supposed to have been shot by he guy in the video’s iPhone. Spend a million dollars on commercial production.

Smart: Pay for good creative, production smarts and direction. Match the production quality to the concept requirements. Production costs have come down, but you still need really good casting, talent, direction and editing.

Brand videos can’t make themselves viewable any more easily than TV ads, radio ads print or billboards… initially. You pay to play. The difference is that once they’re out there, they can be shared easily and it’s all free.

Stupid: My brand is amazing and the videos will go viral as soon as we post them up on the YouTube.

Is your social media strategy optimized for video? Will your videos live on YouTube and be embedded on Facebook? Are they searchable? How will you handle comments? Where else will the videos live and be shared? Are you concerned with lots of views on one video or an aggregate of views on the same video across several video sharing platforms? How will social media play into your “call to action?”

Smart: Design a flow chart that shows your social media sharing strategy across Facebook, Twitter, Google+, Pinterest, Tumblr and decide how often you’ll share the videos in different ways. Seed the same video out to other video sharing sites as well and optimize for search. Reinforce your “call to action” frequently to remind viewers what you’re selling and what you want them to do about it. Prepare for handling live comments!

Are you planning a press release that features the videos prominently, or are links to the videos down near the bottom as an aside to the wider campaign announcement? Will there be blog and publication outreach to both top tier and niches specific to the videos?

Stupid: Pitch only the top tier blogs and publications and casually mention the videos about three quarters of the way down the pitch or press release. They’ll care so much that they’ll wade through all the other stuff to get there.

Smart: Give the videos their own focused spotlight. Include links right at the top and let writers know exactly what they’re clicking on, why the videos are relevant to their readers and why they should be excited about sharing them for you.

After watching the video, what percentage of people remember what the video was for? What was it selling them on? What was it letting people know about? If the videos are intended to get people to take an action, it may not matter. Otherwise, what will viewers remember about what they watched?

Smart: Make the creative so unexpected and memorable that they won’t care how heavily branded it is. Go for transparency, but make it good and shareworthy.

How will you measure success? Will it be by views, social shares, mentions online or contribution to the overall campaign? Have you allowed for adjustments based on viewer and online feedback, or is this a “one and done?”

Stupid: Measure based on video views alone, look at analytics and live feedback as a threat and if the videos don’t increase sales immediately, stop doing it and don’t ever do it again.

Smart: Use analytics and feedback to learn what’s working and what’s not. You’re marketing to a moving target so you also have to keep moving too. Experiment. Take chances, Have fun.