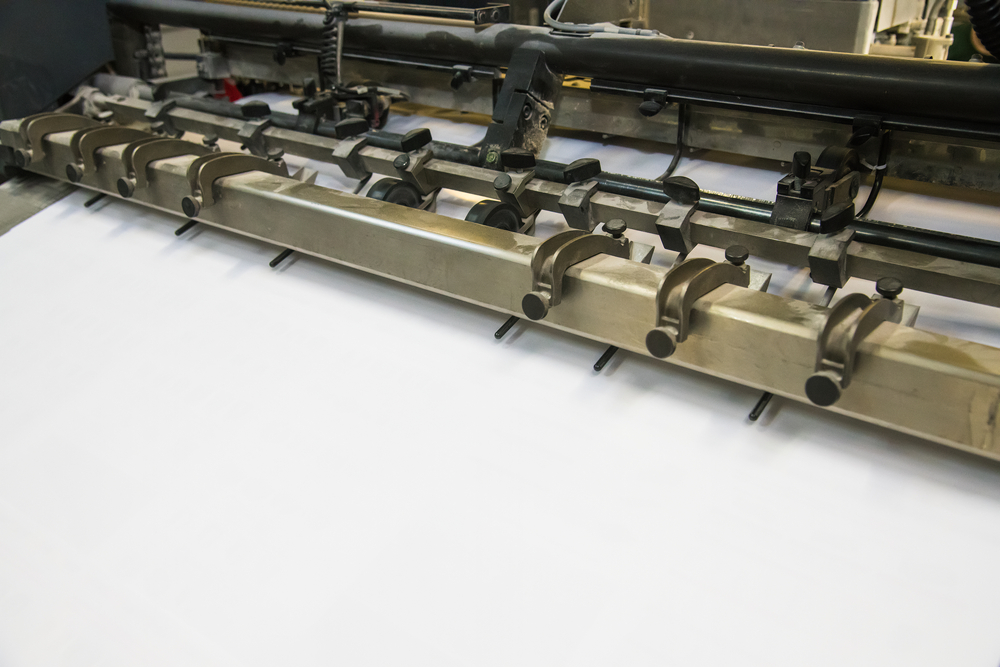 Printers across the country have benefited from a plethora of Platinum Jubilee printing related to local celebrations, and the event has also resulted in some genuinely huge additional print jobs.

Her Majesty The Queen became the first British Monarch to mark 70 years on the throne on 6 February. Her coronation took place on 2 June 1953.

The Platinum Jubilee holiday weekend, starting tomorrow (2 June), will involve at least 2,429 public events and 3,388 street parties according to the Department for Culture, Media & Sport.

As part of the celebrations, children in state-funded primary schools across the UK will each receive a free commemorative book.

It was designed as an official “once-in-a-lifetime commemoration of the Platinum Jubilee” and was written in collaboration with royal experts and historians. The book tells the story of a young girl, Isabella, visiting her Great Granny Joyce who tells her about the Queen and this year’s Jubilee.

The project involved printing just over 4.5m copies of the 96pp colour book, with Scotland’s Bell & Bain one of four printers tasked with producing the job, along with Italian book printers Lego, Elcograf, and Rotolito.

“Large runs are genuinely not our thing. But technically we are probably the only UK printer that can do it all under one roof with a certain quality,” said chairman Stephen Docherty.

Distribution of the books began last month, and Docherty said B&B would probably end up producing between 750,000-1,000,000 of the total.

“It’s quite a proud moment and yet again it’s bringing work back into the UK. For the last 20 years all the work [of this type] has left the UK and gone to Asia and Europe,” he said.

“I’m proud to do it, in 1849 Bell & Bain were granted a licence to print Queen Victoria’s Bible, so our royal connections continue!”

The hardback book is 230x230mm, with 196pp for the dual language Welsh version.

A spokesperson for the Department for Education told Printweek that the sheer size of the print run meant it was not possible to print all of the copies in the UK, but Bell & Bain was producing “a large number of the books”.

The finished product is A4, PUR bound, 84pp in total with a gloss laminated and foiled cover.

It costs £10 and is on sale in newsagents and shops across the UK including Tesco, Sainsbury’s, Waitrose and WH Smith.

The print run was described as “substantial”.

Micropress is Printweek’s reigning Company of the Year. Director Rob Cross commented: “The Platinum Jubilee is a huge event and whilst everybody is looking forward to the extended Bank Holiday, I think many of our staff are genuinely excited it’s the Platinum Jubilee as it’s such an historic event.

“We were delighted when Publications UK approached us to produce the programme. With the end client being the Royal Household it doesn’t get a lot more high-profile than that… it’s certainly created a buzz around the business.”

The luxury 289x245mm hardback book is thread-sewn with head and tail bands.

The 688pp 150gsm text is printed on FSC paper, with Wibalin end papers. Production also involved two special versions of the cover: a limited edition for the client, and the main commercial cover. The album costs £49.95.

St James’s House CEO Richard Freed said he felt it was key the book was printed and produced in the UK and “in his experience there is no one better than Kingsbury Press”.

Kingsbury Press, Printweek's Bespoke Publications Printer of the Year, has also printed the Platinum Jubilee Pageant Event Programme for the event itself.

The 260x200mm, 32pp perfect bound programme has been produced in full colour, with the cover featuring a Pantone special colour, foil and gloss lamination.

In preparation for the festivities London is awash with flags, banners and pennants ahead of the upcoming special events over the extended bank holiday.

Others have decorated their own premises. Linney Group has created a massive window display across a 30-metre long stretch of windows by the busy main road at its Mansfield supersite.

“Lots of people have said ‘they look great’ and ‘you can see them from Tesco’s!’, and the windows do look amazing at night,” said CEO Miles Linney.

“Overriding is that our folks think it’s very tasteful, and it’s nice that we did something as a business.”

On this morning’s Wake up to Money show on BBC 5 Live, Richard Aylett, owner of St Helens-based wholesaler Northwest Greetings, said the firm had “absolutely sold out of bunting”.