In Poll, Majority of CEOs Say Hybrid Work Is Here to Stay for 2022. Full Virtual? Not so Much 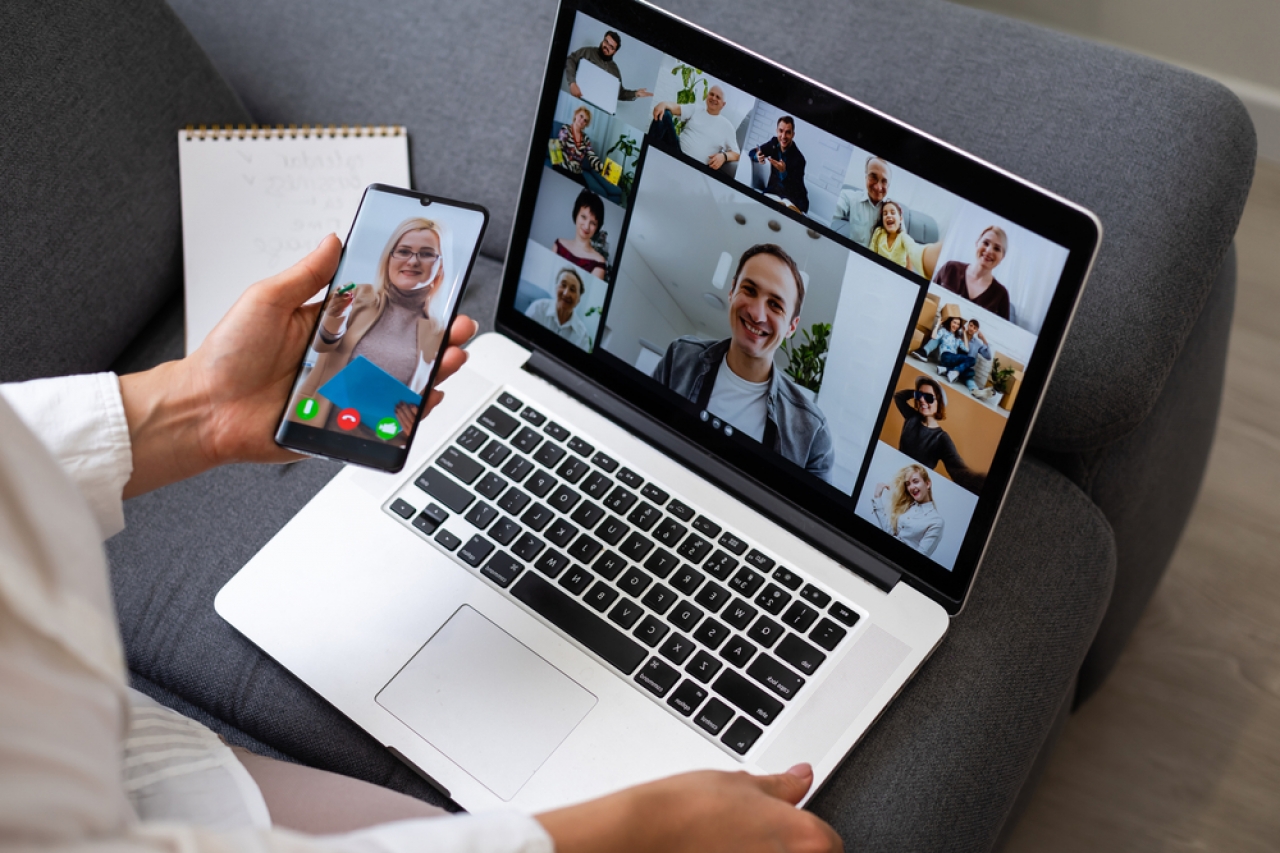 CEO Confidence Index
In Poll, Majority of CEOs Say Hybrid Work Is Here to Stay for 2022. Full Virtual? Not so Much
Almost all the CEOs we surveyed in May say they will work in at least partially hybrid mode for the rest of the year—versus just 7 percent who said they'd be fully remote.
By
Linkedin
Over the past two years, there has been a lot of chatter about a potential revolution in work models: Work from home? Work from the office? A bit of both?
A survey of 163 CEOs, fielded in early May as part of Chief Executive’s monthly CEO Confidence Index , found only 7 percent of CEOs say they will be fully remote for the remainder of 2022, while 31 percent say they will be fully in the office, and another 28 percent will adopt a hybrid model—with equal halves specifying in-office requirements vs no requirements. The last third say they are adopting a mix of remote, hybrid and onsite, depending on the role or department.
“We were working in-person throughout the pandemic, except during April and May of 2020 while our Covid taskforce developed and put our safety plan in place,” the CEO of a construction company with over $1 billion in revenues, told us. “We allowed our team members to quickly get back to normal working conditions and normal work/life separation. As a result, our team culture is strong and our turnover rate is less than 7 percent, significantly below our industry which is experiencing turnover north of 18 percent.”
Among those who have adopted a fully remote work model, a whopping 73 percent say it is their long-term strategy and is working well. Those who have adopted a hybrid model with specific in-office requirements are the least set on their strategy, with 14 percent saying that they have not yet decided whether to make the policy permanent.
For CEOs whose companies are fully back in the office, 54 percent say that it will be long term, and it is working well. Only 5 percent have yet to decide on a long-term strategy, and 39 percent of them remain adaptable as things evolve—which is a great possibility in today’s world. (Remember omicron?)
Meanwhile, 12 percent of CEOs in role-dependent work strategies still haven’t decided on a long-term approach, and 8 percent say that their current work model is temporary and will change once Covid is fully resolved—the highest percentage of all work models who are planning for more change.
Of course, each work model has its pros and cons—the extent to which collaboration, costs and engagement are affected varies. CEOs report the highest increases in collaboration in “hybrid offices without requirements” and “fully back in office” work models, where 24 and 13 percent of CEOs report a significant increase in collaboration, compared to zero across other work models.
Sixty percent of CEOs with a fully remote work model report decreases in costs, compared to only 2 percent of CEOs with a fully back in office work model who say the same. CEOs in fully remote and hybrid without requirements models note the highest gains in productivity, with around 20 percent in each model reporting a significant increase.
Recruiting ability is a precious skill for businesses today, and the work model may have something to do with it. None of the CEOs surveyed from fully remote workplaces report decreases in recruiting ability.
On the contrary, one third of CEOs in a fully back in office setting report decreases in that very ability. In fact, CEOs in both types of hybrid offices and a fully remote setting report increases in recruiting ability at higher rates than those who are fully back in office.
What Works, What Doesn’t?
When it comes to maintaining morale and a strong culture in a remote or hybrid workplace, CEOs report they’ve found flexible scheduling to be the most effective method, with 45 percent saying that it is very effective, regardless of work model, followed by one-on-one check-ins, according to 40 percent of CEOs.
Regular team-building activities are the third most effective measure, with 30 percent of CEOs sharing that they have enacted the activities and report it is very effective.
On the other hand, only 20 percent of CEOs say they found stipends to support home offices are effective in maintaining morale and culture, and just 19 percent say the same for daily all-hands-on-deck huddles.
Examining the choices by work model sheds more light on best practices. Among those we surveyed, flexible schedules are the most effective way to maintain morale and culture across most work models, but especially in fully remote and both hybrid work models.
When it comes to offices where the work model is dependent upon the role or department, weekly one-on-one check-ins are the most effective, with 42 percent of CEOs ranking the check-ins as “very effective” in maintaining morale and a strong culture.
“We have great IT remote and onsite capabilities,” says Michael Lowry, CEO at Lowry Solutions, a mid-size tech company. “This has been critical to our success both during Covid and now our hybrid work environment.” He also shares what else can be done, “We also have a twice monthly festive group lunch and celebration.”
Celebrating and appreciating your employees is important too. To be celebrated, there has to be clear and constant communication, especially in remote settings, CEOs emphasize.

“Narrate your leadership; tell your employees what you are doing and why. It used to be observable, for those interested. Now, working remotely, they can’t see it often enough to glean what you are doing from your actions, so tell them,” says Gary Minor, executive director of 21st Century Leadership Institute, a small professional services firm utilizing a flexible hybrid model without requirements.
The CEO at a small consumer manufacturing firm says to “regularly appreciate your employees and engage in constant communication,” when managing in a hybrid setting.
“Setting clear expectations and making sure the staff has the tools and training necessary to empower them to do good work, along with giving them a sense of ownership, have all been key to our success,” says the CEO of a wholesale/distribution firm that is fully remote.
It is also key to increase the value for your employees and make them feel as though they are an important part of the team, especially when the team is scattered. Enabling employees to have more flexibility ensures they are focused when they do work and have autonomy over their time.
“People want control over their time. Flexibility goes hand in hand with a clear focus on results,” says Will Symonds, president at Oggi, a wholesale housewares company. His employees work on-site, hybrid or remote depending on the role.
“Employees require flexibility to work from home at least some of the time. As long as productivity remains high and creativity does not suffer, we will support a hybrid work environment,” says Steven Buss, CEO at Mc3, a mid-size pharmaceutical sales training and creative meeting production agency. His work strategy is also role-dependent, with certain team members able to work remote and other required to be on-site.
“People want flexibility and independence and want to feel connected and informed,” says the CEO of a mid-size construction firm. “Finding the balance in the office or remote is paramount.” His employees are currently hybrid, with in-office requirements. His best practice: “You have to create moments of genuine connection.”
About the CEO Confidence Index
The CEO Confidence Index is America’s largest monthly survey of chief executives. Each month, Chief Executive surveys CEOs across America, at organizations of all types and sizes, to compile our CEO Confidence Index data. The Index tracks confidence in current and future business environments, based on CEOs’ observations of various economic and business components. Find out more about the Index and prior months data.