Design deserves the same status as advertising in marketers' plans 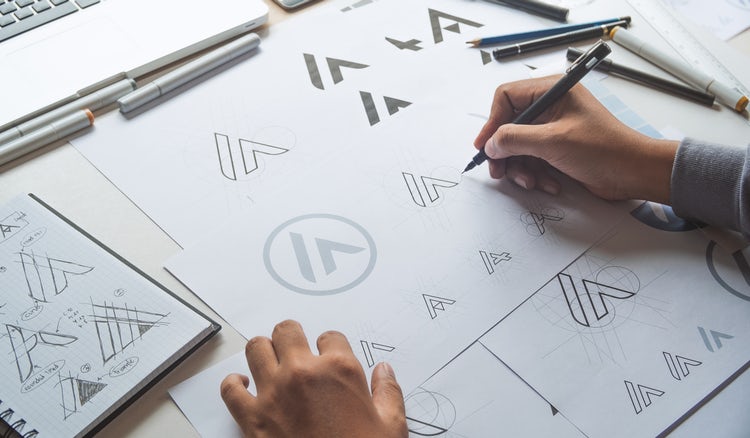 Advertising generally takes precedence over the more modest discipline of design when it comes to brand strategy, but marketers should recognise that they have the same influence over consumers’ perceptions.

Few can claim to have created a new communications genre but the designer Martin Lambie-Nairn, who died in December, is one who could justifiably have done so, had immodesty got the better of him. Television channel idents had existed for decades before he came along in the 1980s and transformed them, but the difference between pre and post was so extreme that his version really merited a new term.

Before: a listlessly rotating globe atop a BBC logo, accompanied by a plummy voice informing you that you were tuned in to the nation’s broadcaster, was about as interesting as things got.

After: a big, metallic ‘2’ is disrespectfully doused with blue paint that hurtles in from the side – one of a series of brilliant executions to reawaken ‘stuffy’ BBC2.

‘We did a Mark Ritson on it’: How Plusnet rethought its marketing codes

Lambie-Nairn idents were the lovechild of advertising and graphic design. They weren’t exactly TV commercials but worked like the best of them, combining wit, surprise and iconoclasm to prompt re-evaluation of familiar brand entities.

And they took graphic design way beyond its cultured, smile-in-the-mind nuance into a newly assertive sphere. The smiles were still there, but now choregraphed, multidimensional and synched with a clever sound mix: look back at those early BBC idents, or his work for Channel 4, and you’ll be struck not only by the enduring freshness of the graphics but by the aptness of the aural design.

Mainstream advertisers soon picked up on the new genre as a way to inject life into the logos at the end their own commercials. Until then, the brand marque would simply fade up for the final frames, like a full stop at the end of a sentence. Once the ident designers got hold of them, they behaved more like a cluster of exclamation marks, often doing more to change perceptions than the commercial messages preceding them.

The notion that design can do some of the fame-building that is normally advertising’s remit has gained a little traction since, but probably not as much as it should.

One who extols the crossover possibilities is Perry Haydn Taylor, founder of design agency Big Fish, who coined the term ‘packvertising’ to crystallise his approach to pack design. He argues that packs need to be better at “shouting” from the supermarket shelf – but to do it in a way that makes those same packs welcome in the home.

Where brands do spend big on advertising, Haydn Taylor bemoans what he sees as the inevitable result: “other disciplines get robbed” of resources. To be honest, I haven’t found that to be an issue, working with marketing teams on, mostly, global brands. The funds are usually ample for both advertising and relevant forms of design.

Where there is an imbalance, though, is in marketers’ view of the hierarchy and precedence of the disciplines. When marketing teams gather to brainstorm bold new positionings for key brands it is normal to have representation from the advertising agency as part of the sessions – but much rarer that the design agency will also be asked to attend.

More telling, though, is what happens when the marketing team decides that the session will have no communications agency attendance of any kind. Somehow, the ad agency will get wind of this and, one way or another, will find a way to be there. They will insist, cajole, persuade, raise the stakes – do whatever it takes to be part of what they rightly see as a seminal point in the brand journey. I have never known a design agency take this muscular approach.

In a way, the ad agency thrusting is admirable. They care. But it is also a manifestation of a long-held adland yearning to be at what they call the ‘top table’. Put some combination of the terms ‘ad agency’ and ‘client top table’ into a search and you’ll be taken to impassioned articles, blogs or rants declaiming the rightness of being sat up there with the corporate great and good. Do a search with ‘design agency’ and ‘client top table’ and you’ll be directed to thoughtful articles on how to design a better table.

Even though the resulting bias in favour of advertising is temporal and not budgetary it can have a deleterious effect. With the ad agency as part of the day, marketing teams can get excited about the immediacy of the possibilities for communicating the new strategy taking shape up there on the flipcharts. Ads can be turned around fast; packaging and forms of design like signage or the built environment are going to take longer – the more so if they are briefed later.

But if your ads are out there dramatising the new thing, while your packs, say, are still an embodiment of the old, you risk consumer cognitive dissonance – especially as it’s the design assets that tend to play a more intimate role in consumer lives, and are the more frequently seen.

Why Tesco Mobile is ‘pulling closer’ to the masterbrand

The best way through is to open your eyes in the way that Lambie-Nairn did and come to the realisation that the boundaries between communications disciplines are all in the mind. Once you accept hitherto discreet disciplines as hybrids, with each overlapping and reinforcing the remit of the other, it’s a short step to deciding how those brand renewal sessions should run: either all communications partners are there – or none are, and they get briefed on the new strategy at the same time, by the same senior team.

Above all, resist the urge to relaunch until all aspects of the brand and its communications are working in beautiful harmony together. It’s the best way to ensure you’ll be able to claim an impressive difference in performance between pre and post, should immodesty get the better of you.