The Christmas ads of 2022: Bringing joy and nostalgia but treading carefully in the midst of economic gloom 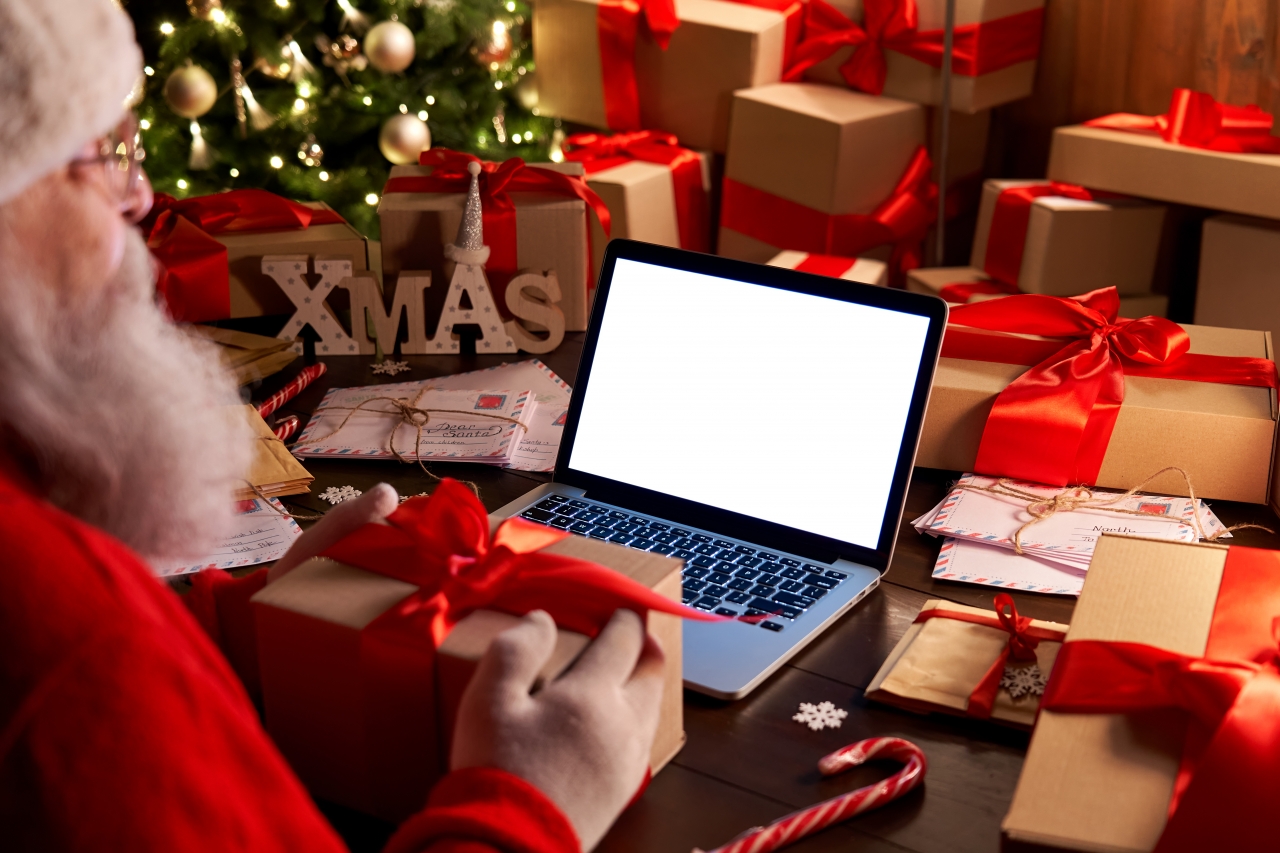 November might feel too early to think about Christmas, but for big brands like John Lewis and Aldi, it's one of the most important months in the retail calendar. Every year, just after Bonfire Night, retailers launch their much-anticipated festive ads, providing full-on entertainment and a fascinating insight into the country's general mood.

If last year's roundup had an overriding theme of kindness and optimism following another difficult year of a global pandemic, what do 2022's festive ads hint at?

The last 12 months have proved just as challenging as previous years, with an economic crisis looming and everyone worried about rising energy bills, higher-interest mortgages and more expensive goods overall. It's been stressful, to say the least. So how do the retailers balance the need for our cash with a sensitivity towards the current gloom? By the looks of things, they turn to joy and nostalgia, occasionally mixed in with a nod to our budget concerns.

Over the next few weeks, we'll be pulling together all the biggest retail ads (including the John Lewis spot which is expected to make an appearance mid-November). Once they're all in, we'll get feedback from some of the creative industry's biggest agencies, who will select the winners (and losers) of this year's Christmas ads.

No one likes to be considered cheap, but we all have to tighten our budgets this year. Off-price apparel and homeware retailer TK Maxx square this circle in style by tackling it head-on. It focuses on Sam, whose father asks how she bought such great gifts. Sam responds: "Just went to TK Maxx".

Her father offers up his hand and starts a colourful OTT scene, like something out of a musical, as Sam dances through the town, getting hi-fives from everyone to a soundtrack of Cerrone's 1977 hit 'Supernature'. The message is clear: if you're worried that people will look down on you for shopping at a discount store, don't; after all, no one in this entire town takes that view.

Created by advertising agency Wieden+Kennedy London, the ad was filmed in Poland and directed by acclaimed director Max Siedentopf. There are three versions – 20 and 30 seconds for TV and 80 seconds for online.

Sainsbury's Taste the Difference Christmas range is its premium in-house brand. And in normal times, this ad might have stressed the exclusive, luxurious quality of these food items. In 2022, though, the store has clearly realised that won't go down too well with cash-strapped households.

So instead, they've focused on the word 'difference' instead; and stressed how the range provides alternatives for those who aren't fans of traditional Yuletide treats. And just for good measure, they've centred it around girl-next-door presenter Alison Hammond rather than anyone who might be perceived as posh and out-of-touch.

The story is set in an imaginary medieval world where a festive feast is planned. However, when a nervous young cook offers a traditional Christmas pudding, The Countess proclaims: "I've never really liked Christmas pudding", and orders him to bring her something else. Set to a medieval instrumental version of Wheatus' 'Teenage Dirtbag', the cook works day and night, mixing ingredients and even stealing an enormous biscuit from a disgruntled giant. The result is a Taste the Difference Caramelised Biscuit Christmas Pudding, and it's a roaring success.

The 60-second TV advert was created by Wieden+Kennedy London, and a 20-second and 30-second cut will also be shown across TV and on social, with the full 85-second advert available to watch on YouTube. As a tie-in, Sainsbury's is opening the Pud You Dare Café at HELLO LOVE, London, where visitors can enjoy a traditional pudding or try the brand-new Taste the Difference Caramelised Biscuit Pudding for free.

Some Christmas movies find an everlasting audience on TV and are enjoyed by generation after generation. 2003's Elf is one of them, and this year Asda has harnessed that appeal in a very clever way.

In its seasonal ad, the Christmas-loving character Buddy the Elf, played by Will Ferrell, is confirmed as Asda's newest seasonal recruit. It opens with a loving homage to the movie's memorable 'street crossing' scene, only with a train of Asda shopping trolleys rather than a New York City cab, causing Buddy to exclaim "sorry!" as it crashes into him. This marks the beginning of a chaotic sequence of events, which sees Buddy marvel at Asda's selection of Christmas goodies, eat all the maple-pigs-in-blankets samples, distract colleagues with his Christmas plans, and sing loudly over the store Tannoy.

If you didn't know who Will Ferrell was (and how old he now is), you'd assume Will Ferrell had acted for the ad itself. Instead, it uses original footage from the film, but in a way that you truly can't see the join. Created by Havas London and directed by Danny Kleinman through Rattling Stick, it was all put together via state-of-the-art VFX created by Framestore.

Having skilfully rotoscoped Buddy out of the original film, the team helped fit an entirely new world around him that was faithful down to the last eye line, shadow and cast interaction. Intricate match grading then provided the final touches, bringing our modern world closer to the look, feel and spirit of the original film.

Morrisons has taken a pretty straightforward approach to its branding in recent years, focusing above all on the quality of its food, and emphasising its support for British and Irish farmers. But that doesn't mean it can't be fun and imaginative with it. Last year, they introduced the character of Farmer Christmas, which paid dividends. So this year, he's been integrated throughout this year's campaign.

This 60-second TV ad, created with Publicis•Poke and directed by Frank Todaro of Moxie Pictures, follows Farmer Christmas, who we hear speak for the first time in his rich Welsh brogue, as he travels across his fields on a tractor to his festive workshop. The spot again showcases the work British farmers do to help make Christmas special and pays tribute to Morrisons' own workers: the "real life elves" who help make more than half the fresh food it sells.

The ad finishes with Farmer Christmas proudly explaining that Morrisons is the "only supermarket to be officially approved by me" because of its commitment to British farming, its food makers and its great value Christmas products. The 'Officially Approved By Farmer Christmas' stamp will be seen throughout the festive campaign in-store and across paid media. This ad is the first in a series of ten Christmas TV ads showcasing Morrisons' fresh food and festive deals to tie in with the World Cup as well as the Christmas period.

Having a World Cup in December is a bit of a conundrum for marketers. But Aldi has decided to just go for broke and fuse the two in this ad tease paying homage to an iconic 1998 Nike World Cup Advert.

Created by McCann UK, the new 50-second spot shows Kevin the carrot and his family in the airport departure lounge, preparing for a Christmas trip to Paris. Kevin is reading a newspaper and expresses his disapproval over holding 'a football tournament in December'. He screws up the newspaper and then tosses it away... only for some familiar football characters to use it as a football for a kickabout. Set to the soundtrack of Elvis Presley's A Little Less Conversation, it's full of fun, very silly, and packed with puns on football stars' names, including Macaroony, Beth Swede and Marrowdona.

Rising anger at our politicians amid an economic crisis may not sound like the most promising basis for a supermarket ad. But Tesco has gone there anyway.

The 60-second ad was inspired by Tesco data showing 87% of us believe Christmas brings joy, with a third feeling it is more important this year than ever. The ad opens on the snowy landscapes of Britain, with the opening line 'Britain, there's a joy shortage', a not-so-subtle reference to recent news events. We're then told that Tesco has formed 'The Christmas Party' to help the nation to stand up for joy this Christmas, and people take to the streets to remind us of all the elements of Christmas that bring joy, including party food, of course.

The tongue-in-cheek concept was developed by Creative Director Christine Turner and Creative team Marc Rayson and Callum Prior of BBH and directed by Fredriek Bond from MJZ production. The TV ad comes in a 60-second version and is set to the soundtrack of The Final Countdown by Europe. The campaign comprises TV, press, OOH, radio, social, in-store and PR.

Matalan doesn't really reference current events or the low mood of the country at Christmas. It basically just sticks to the idea that getting ready for Christmas is a magical time and a good way for people to take their minds off their problems.

Created by McCann Manchester, the spot sees our Matalan hero stepping through a magical Christmas cupboard and takes you on a Narnia-style journey featuring its fashion, gifting and homeware collections. As she finds herself in her Christmas future, we watch her enjoy the holidays as she mentally checks off her to-do list, including a sequined outfit, gift wrap, tags, 'fancy plates', and more. The concept responds to the brand's research that shows its customers love to prep for Christmas and emphasises the value that Matalan offers.