From Field to Shelf: Beyond Globalization: A Changing Textile and Apparel Industry 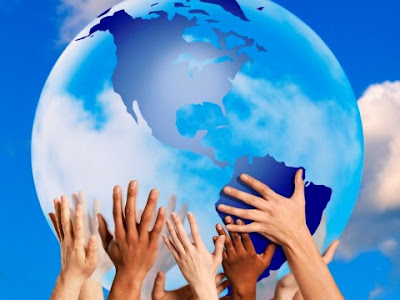 The other tier is far smaller, comprised of local supply chains and high-value-added production. Typically produced close to consuming markets, products of this industry tier are often seen as a stylish alternative to the mass-market offerings of many fast fashion retailers. Such local industries exist in the United States and Europe; although perhaps supported by large mills, garment production is often conducted by small, specialized companies, many of which are not known beyond the confines of a regional or city market.

When the forces of globalization were unleashed beginning in the 1970s -- more formally supported with the advent of the World Trade Organization in the 1990s -- the United States, the victor of the Cold War, the unchallenged leader of the global economy, enjoyed the benefits of a unipolar world. In the past, the American consumer was often seen as a buyer of last resort. Whenever the global economy tanked, American consumers were always there to take up the slack. Global manufacturers were always assured that a market existed for their products.

As a result, there are significant changes afoot in the global markets. The major suppliers of globalized mass-market fashion are undergoing significant change. It is ironic, perhaps, that globalized textile production increasingly finds itself on the defensive when viewed through the critical prism of labor rights, environmental impact, or economic efficiency. In fact, it is the very success of globalization that has resulted in a consumer reaction that favors local over global.

Of course, China remains the major force behind the development of the global textile and apparel industry. Truly, the textile and apparel industry goes the way of China, but increasingly other factors help to shape the global industry not only in China but elsewhere as well. These forces – the direct result of broader industry and macroeconomic forces – are driving mills to rethink their business models to compete better. Let’s review a few of the major forces affecting the industry:

The textile and apparel industry will continue to evolve. Although it’s true that China remains the largest producer of textiles in the world, other suppliers are catching up. For example, Bangladesh and Vietnam boast major textile industries that support burgeoning cut-and-sew sectors. And then there’s India: for many years, the poor cousin of China, India’s textile industry has witnessed new vitality in recent years as successes in yarn production has steadily expanded to include the manufacture of sophisticated fabrics supported by synthetic fiber industry and vast domestic production of cotton.

Overcapacity continues to nag industry profitability. The rush to build new investment in China, India and elsewhere has resulted in severe overcapacity in some sub-sectors of the textile industry. In fact, many Chinese manufacturers have found new opportunities to invest in production in countries such as Vietnam and Cambodia – which reflects the lower cost of production – but which, in many cases, simply in adding new capacity on a global basis to preexisting less productive capacity. Over the long term, preexisting capacity, particularly in yarn production, should rationalize, but over the near future, a spike in yarn capacity will harm overall industry profitability.

Excessive competition plagues the industry. Generally speaking, competition is a good thing. Consumers benefit from greater product diversity at lower prices. A tipping point exists in all industry competition where manufacturers are forced to sell at such low prices that industry financial viability is at stake. How long can an industry survive on paper thin margins and still be able to afford production innovation? In fact, until overcapacity rationalizes throughout Asia, buyers of goods produced there will have a significant upper hand in the sourcing of product at discounted prices as it’s too easy for sourcing companies to play suppliers against each other.

Volatile raw material prices will continue to be a problem. There are a limited number of growing regions in the world for cotton while synthetic fiber production tends to move near the centers of textile production. Factories are moveable while cotton remains restricted to certain areas. Even so, fiber prices remain volatile, particularly since 2011 when the price of cotton topped US$2 per pound. Over the past few years since peak cotton prices dominated industry headlines, fiber prices have fallen precipitously. Cotton, for example, hovers around US 60 cent per pound these days; polyester is even cheaper.

Shifting investment flows will affect where textiles develop next. The sheer force of the movement of capital around the globe has resulted in a massive influx of resources into Asia but has also contributed to overexpansion in some parts of the textile industry resulting in depressed prices. However, as China has recently witnessed, investments ebb and flow. In textiles, China may still be a target for foreign direct investment, but increasingly so is Vietnam and Bangladesh.

Slowing global market growth weighs on overall textile sales. Whereas global consumption of textiles spiked during the 20th Century, the rate of growth in global consumption of textiles appears to have moderated at the beginning of the 21st Century. As the societies in the developed world age, their rate of growth in the consumption of textiles has declined to match more closely population growth, while textile usage has soared in the developing countries. The question for mills everywhere is “will the gains posted in the developing world offset the declines recorded in developed nations?” Although China has grown rapidly over the past few decades, economic inequality has dogged the country’s development. A rising middle class should help to mitigate negative social tensions aggravated by uneven economic development. A growing, prosperous middle class, will signal China’s arrival as a significant consuming nation, a market for products made elsewhere.

The retail sector in the developed world is undergoing rapid change. Today, just 20 retail firms make up more than half of the global market for apparel. “Big box” stores have driven many small retailers and many traditional department stores out of business. The result: both the top and bottom of the retail business have heavily consolidated into the hands of a relatively few powerful buying organizations. But even now the traditional large-scale retailers are under pressure to compete with a resurgence of small specialty stores, active players focused a regionally-produced high quality, on-shored products. Not all consumers aspire to fast fashion and by default fail to support global supply chains necessary to maintain fast-fashion. In short, part of the consumer market in the developed world is slipping away. It’s a comparatively recent development worth following.

The world of textiles and apparel can be a cold place. Challenges face manufacturers around the world as never before. Thanks to globalization, demand for products can change at a moment’s notice. The same goes for foreign investment. Whether it is consumer demand or investor opportunities, the textile and apparel business can be fickle, subject to many forces beyond its direct control.

Globalization opened the door for manufacturers in China, India and elsewhere, but because the world is more interrelated and interconnected such development change swiftly and with sweeping ramifications. In the case of China, for example, the strengths of its dynamic workforce and daunting economic might also set the stage for rapid change as China’s future as a consuming nation only becomes more significant.

For certain, the textile and apparel industry is evolving in China. China’s economy continues to expand into other more profitable, value-added industries. This evolution out of textiles provides an opportunity for other suppliers in other countries to fill the void. For instance, producers such as Vietnam and Bangladesh will play a growing role in the global market for textiles and apparel. Frankly, trade agreements like TPP will only accelerate this change.

The cost of a garment has always played a central role in sourcing decisions. Even so, the reasons behind that – margins, customer preferences, and efficiencies – may change if the consumer market for textiles and apparel migrates into something new. Many consumer closets remain filled with shirts, jeans, and dresses. What happens if Americans opt to clean out their closets and change their habits? After all, a new generation of consumers is ascendant. What are their preferences? Are cheap clothes enough to satisfy these consumers or do they demand something else? To be blunt: is fast fashion is a permanent fixture for the business or will consumers increasingly demand alternatives?