A Guide to Exploring the Colorful Sights of Miami 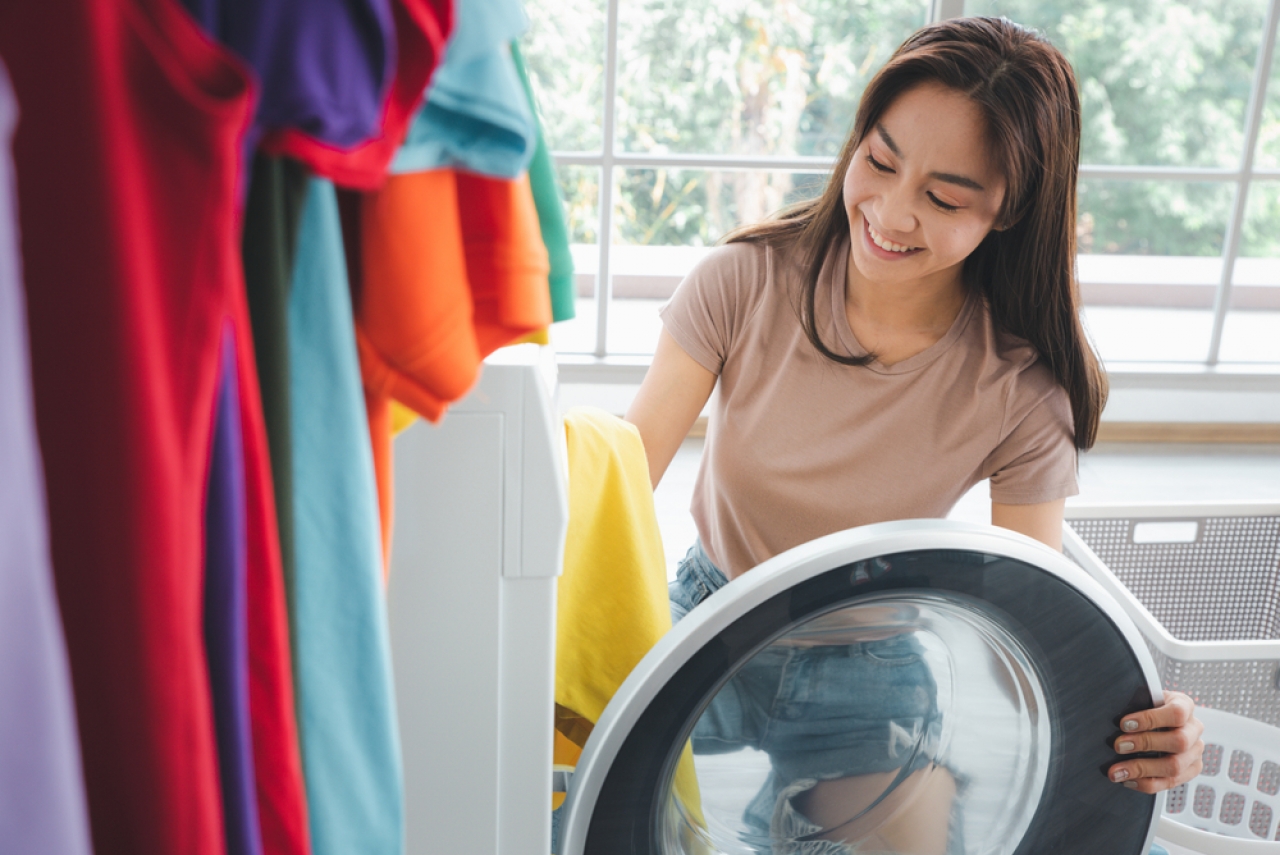 Curated by locals with a keen eye for style, GATEZERO’s city guides are Highsnobiety’s answer to the old school travel guidebooks. Click here for the GATEZERO hub for more travel features.

Despite its persistence in the cultural imagination, Miami is not a massive city. With a population under half a million people, Miami does not even crack the top 40 cities in the U.S. in terms of size. “In my opinion, the pool of people in Miami is small,” notes photographer Ysa Pérez, who bounces between Miami, New York, and Mexico City. What that means however is that if you know where to go, running into the people you want to see is fairly easy.

But what Miami lacks in official residents, it more than makes up for in visitors. When it comes to international tourism, the city is the second most visited in the country, only below New York. Many of those visitors head specifically to the city for shopping, and Miami has adjusted its shopping scene accordingly by creating a confluence of big name brands in one convenient spot at the Design District. The locals who want something different have to go on the hunt. “Shopping in Miami is different than other cities in that it lacks designated areas where you’ll find a lot of a certain type of store,” says Pres Rodriguez, co-founder of downtown skate boutique Andrew. “Outside of the Design District for designer clothes, there’s no Soho, Fairfax, La Brea-like area, so you really have to hop around the city to get what you’re looking for.”

The other time that the world descends on Miami is of course the annual Art Basel fair each December, but there’s a thriving art scene to be found all year round thanks to the city’s many museums. Smaller galleries are concentrated around Wynwood, the hipster neighborhood known for the Instagram-favorite Wynwood Walls, where much of Miami’s nightlife also comes to play.

But many of Miami’s newer creative spots have expanded a ways beyond the Wynwood or Design District stronghold; the city’s leading art collectors have headed to Allapattah, one of Miami’s most romantic wine bars has set up shop in Little Haiti, while a new shop centering sustainability can be found in Ironside.

There are however many standards that don’t need any extra or trendy spin. Some Miami classics, like Versailles’ Cuban cuisine or Muscle Beach are standards verging on stereotypes for a reason.

Almost any shopping trip in Miami will inevitably start in the Design District, which is home to all the city’s major luxury storefronts. But harder to find are the kinds of labels that merge the gap between luxury and streetwear, like Martine Rose, ALYX, and Vetements. The exception is MRKT Deux. “It’s one of the few stores in Miami that's gonna give you that selection,” says Enrique Menendez, founder of The Popular Times and editor-in-chief of Jing Daily, of the white-walled boutique.

Adrian Douzmanian, Nick Katz and Pres Rodriguez co-founded Andrew to inject a skating community into downtown Miami. And the three have found success, having collaborated with local institutions, like a capsule collection with Versailles for Art Basel, and fellow skate brands like Awake NY. Pay a visit to the minimal, white-walled store for Andrew’s in-house line as well as new arrivals from the likes of Butter Goods and Dime.

It only follows that the brand co-founded by LeBron James would have an onsite basketball court at its flagship store. Opened in 2019, UNKNWN’s Wynwood shop carries the in-house label along with streetwear standards like Fear of God, BAPE and the latest Nike drops, all in a space designed by New York Sunshine.

The Webster — Miami’s Take on the Department Store

Paris had colette, New York had Barneys, London had (and still has) Harrods. Miami’s answer to the stylish department store is The Webster, which brought cutting edge Balenciaga and Alaia to South Beach in 2009. By now The Webster has spread beyond Miami to New York and LA, but the original is worth a visit just to take in its picture perfect pastel Art Deco facade.

“You can feel the love of the owner of the store, which is not super easy to find in Miami,” says Menendez of the small concept store in Miami’s up-and-coming Ironside neighborhood. Founded by Pablo Delgado, Circular Gallery is the place to discover rising apparel brands with a focus on sustainability. A small selection of skincare also includes a refill station to cut down on packaging.

Daily does just one thing and does it well: buy and sell sneakers, making it the go-to for rare releases like Off White Canary Yellow Air Force 1s or Yeezy Foam Runners (though there is also a small selection of accessories like Supreme skate decks). Yesterday in the back stocks all manner of vintage tees, covering everything from ’90s Janet Jackson to Star Wars: Episode I merch.

Unless you’re particularly dedicated to a certain luxury label, few of the single-brand stores in the Design District warrant a special visit. The exception is Loewe, which opened as the brand’s first North American outpost in 2015 and blurs the line between retail and gallery space. Its predominant feature is an 18th Century granary shipped from Spain, which frames both sculptural works and Loewe’s latest wares.

“The first time I went there she was wearing Wales Bonner adidas shorts, and I spoke to her and I was like, ‘Are you from New York? Because people in Miami don’t usually have this sense of style,’” says Menendez of La Natural’s co-owner Andreina Matos. The Little Haiti restaurant offers the sort of natural cuisine that suits its stylish clientele, like sourdough crust pizza and natural wines, in an earthy-meets-warehouse space.

“You have to have some Cuban food while in Miami,” says Rodriguez. “Versailles is the classic.” For 50 years, the restaurant has reigned as the go to for Cuban standards, served in a chandelier and vinyl chair-filled dining room for just the right amount of kitsch. If you don’t make it for a full meal, at the very least stop by La Ventanita for a cafe cubano or pastry to go. “Pretty much every Cuban restaurant will have a window facing the street where you can order a colada or cafe con leche,” Rodriguez adds. “It’s already sweet so no extra sugar needed.”

While Miami has no shortage of good food, Mandolin remains a favorite in the Design District for its serene setting in a restored 1940s home. Founded by husband and wife team Ahmet Erkaya and Anastasia Koutsioukis, the bistro focuses on small plates based on Turkish and Greek cuisine ideal for sharing with a group.

“If I'm on the beach, I always make time for Under The Mango Tree,” says Pérez. “It's one of 'those' spots but it's worth the money in my opinion.” The stylish juice bar on South Beach has all the standard health fare, acai bowls, juices and smoothies made with the likes of dragon fruit, kale and hemp milk, served in a cozy, plant-filled space.

La Trova encapsulates Cuban cantinero bar culture, with servers outfitted in bowties and serving all things rum, like mojitos and daiquiris. You can come for a dinner of high-end Cuban cuisine if you like, but the key is to stay for the live music and dancing, which spans salsa to disco classic on a given night.

Over Under — Brooklyn By Way of Miami

Over Under is the “place you go to purposely run into someone you wanna see,” says Pérez. “If I close my eyes and vibe out, I swear sometimes I feel transported to a club in Bushwick.” For some, the latter point may be either a point for or against Under Over, but the downtown spot is an easy place to spend a whole evening, with casual bar food, tropical style drinks, and local DJs throughout the night.

The Standard — The Key is in the Name

“Everybody knows why,” Pérez says of The Standard. “It's the oasis in the middle of the Venetian Causeway. If you want to come to Miami and have nobody know, you can absolutely hide at the Hamam [spa] all day and by the pool overlooking the bay.” The Miami outpost lives up to its name as the go to place to stay for Miami’s creative class, with just enough distance from South Beach to make it feel like a true escape.

You go to the beach when in Miami, the question is simply where, whether South Beach or Bal Harbour is more your scene. But for prime people watching and top tier gym equipment, there’s Muscle Beach. Weights, kettlebells and even stripper poles are at your disposal all free of charge, and free of judgment.

Rubell Museum — The Collectors Who Put Miami on the Map

Don and Mera Rubell are easily two of the most influential art collectors still buying today, having set the stage for the burgeoning Miami art scene when they opened their collection to the public in 1993. In 2019, they relocated their catalog of Kehinde Wiley and Keith Haring works from Wynwood to a repurposed industrial space in the up-and-coming Allapattah neighborhood. The onsite Leku restaurant elevates the often disappointing museum dining experience with upscale Basque cuisine.

While there are ample spaces to see contemporary art in Miami, PAMM stands out for its particular focus on exhibitions celebrating Miami’s unofficial designation as the “capital of Latin America.” The waterfront building designed by Herzog & de Meuron, which includes space for outdoor exhibitions, combines Miami’s natural beauty and penchant for art to great effect.