What We Learned About Social Media Hashtags and Protecting Brand Trust 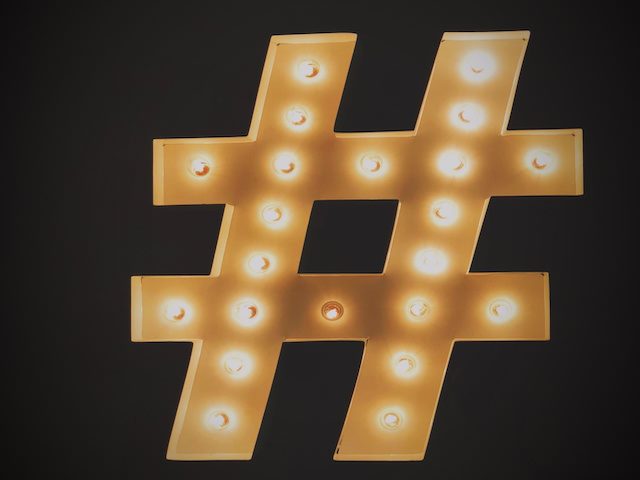 On social media knowing where to connect with people can occasionally feel unintuitive, particularly if you are new to it. Hashtags have long been the answer for people seeking connections on specific topics easier. But as the public increasingly adopted social media platforms, the need to guard hashtags from abuse rose.

While most brands are safe from abuses, being aware of how to protect a hashtag has evolved into protecting brand integrity with digital media. To appreciate how to use them, let's recap on how hashtags are defined to appreciate their use over the last 5 years.

Hashtags are words with a pound symbol, #, placed in front of it. Hashtags act as a search anchor, allow social media users to find desired conversation topics and discover new users to follow.

Some hashtags are meant to gather an ongoing community, such as #100DaysOfCode for new developers and #rstats which R programming professionals and data scientists use to share news of incoming events, job opportunities, or interesting new software. Other hashtags are more tongue-in-cheek, such as #disneypickuplines — that hashtag is still being referenced since its first appearance in 2013!

Sometimes hashtags combine community and tongue-in-cheek, such as #AskRachel, a game among “Black Twitter” — an active virtual cultural community first identified by Pew Institute. The community was responding to the controversy over the background of Rachel Dolezal, the former NAACP leader in Seattle who claimed she was black when she was not.  Naturally, hashtags are used to bring wider awareness to world events and social issues, such as #ArabSprings, #WhyIStayed, and #BringOurGirlsBack.

Marketers have learned to apply hashtags for effective results as online behaviors and technological changes emerged. One significant development was the 2015 Googleannouncement that its search engine can show tweets among its search results. By 2017 the influence of hashtags had become ubiquitous. eMarketernoted a study by wedding site, The Knot, where two-thirds of millennial brides-to-be used hashtags for their wedding.

As more mainstream usage for activism appeared, controversies grew. Critics of #IceBucketChallenge, for example, debated its benefits, claiming it was more about appearing supportive than substantive awareness. These kind of debates morphed into censorship fights, as social media platforms had to block certain hashtags being used for misinformation, particularly during the term of President Donald Trump. Facebook, for example, announced it would block hashtags linked to conspiracy theories, such as #savethechildren. Replacement hashtags, unfortunately, have appeared to continue the spread of misinformation.

Thus the fate of the platforms can impact brands. Hashtags usage increased a brand's awareness among customers, engaging people on topics related to its products or services. That value of the customer experience is at risk if a tag is abandoned or mixed too much with a well-intentioned cause that is not accepted or vetted against a trusted organization.

Hashtags can be started by any social media user, so researching hashtags is essential, probably more so than keywords for SEO. Marketers should not assume an acronym is easily understood by a brand's audience — they need to feel they understand what a hashtag means to be able to share it. There are a few vetting sources. The site hashtag.org provides a listing of hashtags, with a trending chart.

Marketers can also examine the search query in each individual platform to see how a hashtag is revealed. Type in a hashtag in Twitter search to display a stream of hashtag related tweets. Most times, however, the top trends are casual hashtags — a limited benefit since casual hashtags are used mainly for fun and enjoyment.

Once identified, marketers can use a social media dashboard like Hootsuite to check usage over time in a tweet and view a stream of hashtag-related tweets. Keep in mind Hootsuite works with a few platforms. TikTok, the newest social media platform, has not been included among the dashboard choices, so be sure to audit what can connect to a dashboard before signing up.

Finally determine the order of social media usage so that a brand can better respond to comments that instantly create a communication crisis. I explain this in detail in my post on managing crisis through social media.

Social media hashtags are not going away anytime soon. Unfortunately, neither is misinformation. Marketers need to take the time to teach its audience a hashtag and also work to protect a brand from being associated with destructive messaging.